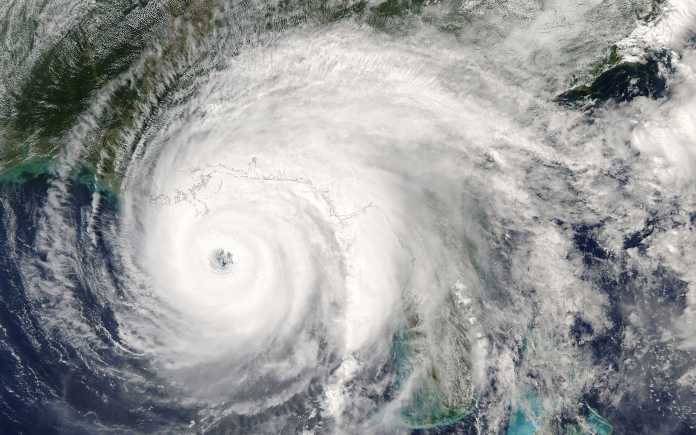 The title of a recent Washington Post story about hurricanes makes a bold but likely erroneous claim, “2020 Atlantic hurricane season breaks all-time record while leaving Gulf Coast battered.” The Post is not alone in confidently, but likely wrongly, asserting the 2020 hurricane season has broken records. The New York Times and the Guardian, for example, published similar stories. The evidence indicates, however, 2020’s purported hurricane record is largely an artifact of our greater ability to discover and track storms now. Also, there have been recent changes in the criteria used for naming tropical storms and hurricanes.

According to the Post, “No previous season since reliable records began more than a century ago had this many named storms.” The Post’s claim is highly misleading.

In a recent From the Stacks podcast, Dr. Neil Frank, who served as director of the United States National Hurricane Center longer than anyone before or since, said the criteria for declaring a weather front a name tropical storm has loosened in recent years. Frank says under the old system, many of the named storms in 2020, particularly tropical storms of short duration, would not have been given names.

In fact, the way storms were discovered, monitored, tracked, and whether they were named, has changed a great deal over the past 50 years, with records from the first half of the 20th century and before being understandably incomplete. Research indicates many storms that would now be counted as “tropical storms” and thus named, were not even known to have existed because they were of short duration at sea, with no ships having encountered them. Before the advent of weather radar, satellites, and storm-tracking airplanes, storms at sea were discovered and named only if a ship encountered and reported them.

As a report from the National Oceanic and Atmospheric Administration (NOAA) states:

“Existing records of past Atlantic tropical storm numbers (1878 to present) in fact do show a pronounced upward trend, correlated with rising SSTs (see Figs. 1 and 9 of Vecchi and Knutson 2008). However, the density of reporting ship traffic over the Atlantic was relatively sparse during the early decades of this record, such that if storms from the modern era (post 1965) had hypothetically occurred during those earlier decades, a substantial number would likely not have been directly observed by the ship-based “observing network of opportunity.” We find that, after adjusting for such an estimated number of missing storms, there is a small nominally positive upward trend in tropical storm occurrence from 1878-2006. But statistical tests reveal that this trend is so small, relative to the variability in the series, that it is not significantly distinguishable from zero (Figure 2). Thus the historical tropical storm count record does not provide compelling evidence for a greenhouse warming induced long-term increase.

“Additionally, if one explores the tropical cyclone database for the Atlantic (HURDAT) more carefully, … one notices that there has been a very substantial increase in the number of short-duration tropical storms (storms lasting less than two days), while those storms whose duration exceeds two days have not shown a statistically significant increase since the late-19th Century (particularly if they are adjusted for likely missing storms). We are unaware of a climate change signal that would result in an increase of only the shortest duration storms, while such an increase is qualitatively consistent with what one would expect from improvements with observational practices. Thus, we interpret the increase of short duration storms as further evidence for a spurious increase in Atlantic tropical storm counts since the late-19th Century.”

It was, in fact, rare before 1950 to “name” a storm unless it made landfall somewhere.

The United Nations Intergovernmental Panel on Climate Change agrees with NOAA’s assessment, reporting in its 2018 interim report that there is “only low confidence for the attribution of any detectable changes in tropical cyclone activity to anthropogenic influences.”

Data on tropical storms and hurricanes were sparse and woefully incomplete before weather satellite tracking began in the late 20th century. In addition, the way storms have been “named,” and thus counted towards storm numbers, has changed over time. The available data suggesting many storms were missed in the past. As a result, no one can declare with confidence 2020 was a record hurricane season. It likely wasn’t.

No, 2020 Was Likely Not a Record Hurricane Season