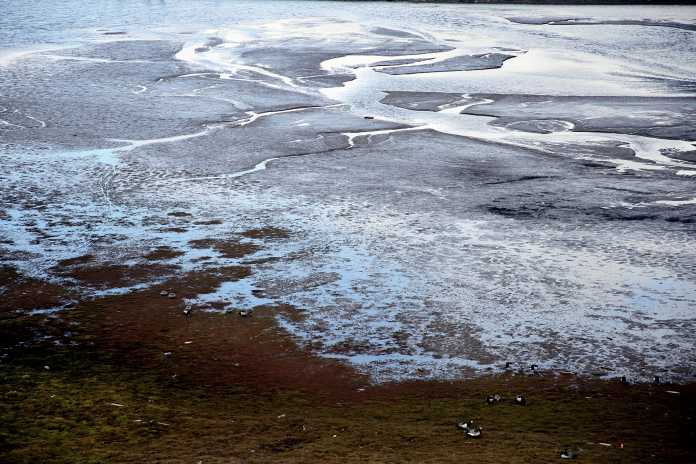 Scientists at Purdue University have destroyed a key component of alarmist warming predictions, publishing a study showing thawing permafrost will cause far less methane to enter the atmosphere than conventional “settled science” models have predicted.

Methane is a stronger greenhouse gas than carbon dioxide, though methane molecules remain in the atmosphere for shorter periods of time than carbon dioxide. Climate activists and United Nations climate reports warn that an initial round of global warming caused by carbon dioxide emissions will start a vicious circle. The initial warming, they claim, will thaw Arctic permafrost, which will release substantial amounts of methane locked in frozen soils and wetlands into the atmosphere, causing additional warming – which will cause additional permafrost thaw and additional warming, etc.

UN climate models are programmed to assume large amounts of methane will enter the atmosphere under even modest warming scenarios. However, the Purdue University study, published in the peer-reviewed journal Nature Climate Change, shows much of the methane released by thawing soils and wetlands will quickly be absorbed by microbes in previously thawed and newly thawed Arctic soil, particularly in upland soils away from Arctic marshes.

According to a March 30 Purdue University press release, “Upland dry and mineral-based soils account for 87% of Arctic soils and are rich in microbes called methanotrophs that consume methane. ‘This group of bacteria utilizes atmospheric methane as an energy source,’ [the study’s lead author Qianlai] Zhuang said. ‘The emissions from wetlands will potentially be quite large, but if you consider the uplands, then the area-aggregated net emissions will be much smaller than previously thought.’”

The study’s findings “more closely resemble recent observed trends in methane levels in the Arctic where emissions have increased, but atmospheric accumulations have not increased as quickly as models had simulated,” the press release noted.

According to the press release, “‘We do believe that Arctic methane emissions will increase by the end of this century as other studies have shown, but the net increase to the atmosphere will be much smaller once upland methanotrophs are taken into consideration,’ [study co-author] Youmi Oh said. ‘It was even possible in our simulation that net emissions decrease because high-affinity methanotrophs survive better than methanogens in response to warming.’”

Cancel that permafrost methane crisis, just like so many other false climate crises.