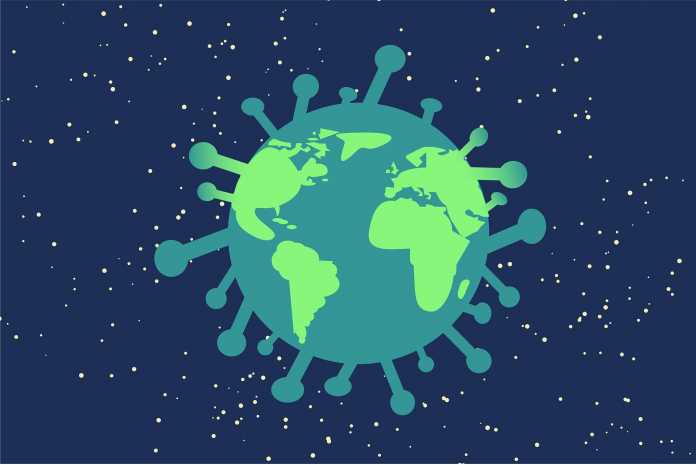 Google News and the Climate Left are promoting a ridiculous article by Pro Publica arguing that climate change, rather than wind and solar power, causes deforestation that makes the spread of infectious diseases like coronavirus more likely. Yesterday, I showed how solar and wind power require massive land development and deforestation to produce just a small amount of power. Today, let’s debunk the false assertion that climate change also causes deforestation.

No study has ever directly linked any single species loss to anthropogenic climate change, despite many efforts to try and make such a connection. Biologist/ecologist Jim Steele demonstrates this in his book, Landscapes & Cycles.

Climate change is not causing humanity’s conversion of land from forests to farms. As detailed in Climate Change Reconsidered II: Fossil Fuels, modern agriculture, built upon and entirely dependent upon fossil fuels, is allowing farmers to produce more food than ever on less and less land. This allows former croplands to be reclaimed by forests. In addition, as detailed by CO2Science.org, the carbon dioxide added to the atmosphere over the past century is contributing to a general greening of the earth that, among other effects, is creating denser forests and turning desert into savanna, expanding wildlife habitat.

Contrary to the vast body of scientific literature detailed in Chapter Four of Climate Change Reconsidered II: Fossil Fuels, Pro Publica’s article also falsely claims, “vector-borne diseases — those carried by insects like mosquitoes and ticks and transferred in the blood of infected people — are also on the rise as warming weather and erratic precipitation vastly expand the geographic regions vulnerable to contagion.” Note that Pro Publica presents no scientific evidence for this wild assertion.

By contrast, in a peer-reviewed 2010 study in Nature, scientists compared historical and contemporary maps of the range and incidence of malaria and found endemic/stable malaria is likely to have covered 58% of the world’s land surface around 1900 but only 30% by 2007.

They report, “even more marked has been the decrease in prevalence within this greatly reduced range, with endemicity falling by one or more classes in over two-thirds of the current range of stable transmission.”

Tying this all together, they write, “widespread claims that rising mean temperatures have already led to increases in worldwide malaria morbidity and mortality are largely at odds with observed decreasing global trends in both its endemicity and geographic extent.’”

Also, research by vector-borne disease expert Paul Reiter, a professor of medical entomology at the Pasteur Institute in Paris, and a member of the World Health Organization Expert Advisory Committee on Vector Biology and Control, reveals no links between climate change and vector-borne diseases. In a 2008 article in the Malaria Journal, Reiter wrote:

The COVID-19 pandemic is scary enough without agenda-driven rags like Pro Publica hyping unwarranted fears of a climate change/infection disease link, or Google News heavily promoting such garbage as “news.”