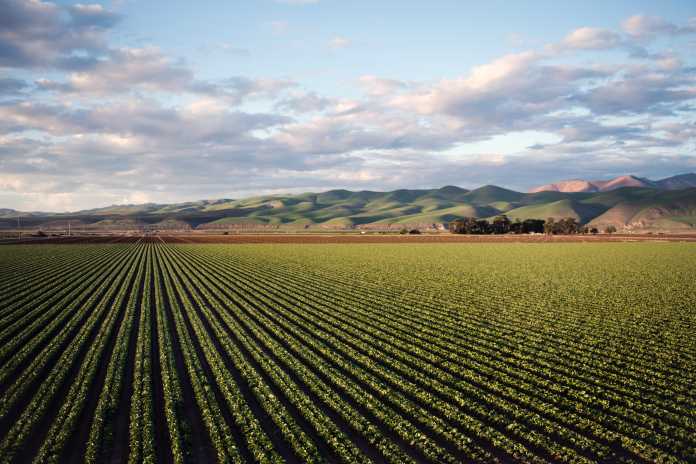 At the top of Google News searches this morning for “climate change” is a Roll Call article titled, “Farmers are coming around on climate change.” The article’s subtitle is “Flooded fields, persistent droughts or ravaging wildfires are giving many a change of heart.” Factual data, as well as the findings of the United Nations Intergovernmental Panel on Climate Change (IPCC), establish there is no increase in drought or floods. Moreover, crop yields set new records virtually every year. Roll Call is simply peddling discredited climate lies dressed up into fake news.

Drought Claims Are Strike One

Let’s first examine Roll Call’s claim about “persistent droughts.” As documented in Climate at a Glance: Drought, the United States is benefiting from fewer and less extreme drought events as the climate modestly warms.

For example, in 2017 and 2019, the United States registered its smallest percentage of land area experiencing drought in recorded history.

Also, the United States is undergoing its longest period in recorded history with fewer than 40 percent of the country experiencing “very dry” conditions.

Globally, the IPCC reports with “high confidence” that precipitation has increased over mid-latitude land areas of the Northern Hemisphere (including the United States) during the past 70 years. Moreover, IPCC has “low confidence” about any negative trends globally. (See https://www.ipcc.ch/site/assets/uploads/sites/2/2019/06/SR15_Chapter3_Low_Res.pdf, p. 191.)

Next, let’s examine Roll Call’s claim about “flooded fields.” As documented in Climate at a Glance: Floods, there has been no evidence of increasing flooding frequency or severity as the climate modestly warms.

The IPCC admits having “low confidence” in any climate change impact regarding the frequency or severity of floods.

Also, IPCC admits having “low confidence” in even the “sign” of any changes. In other words, it is just as likely that climate change is making floods less frequent and less severe.

Supporting this, a recent peer-reviewed study on the climate impact on flooding for the USA and Europe, published in the Journal of Hydrology, Volume 552, September 2017, Pages 704-717, found “The number of significant trends was about the number expected due to chance alone.”

The study also reported, “The results of this study, for North America and Europe, provide a firmer foundation and support the conclusion of the IPCC that compelling evidence for increased flooding at a global scale is lacking.”

Finally, let’s examine Roll Call’s claim about reduced crop yields. This, when all is said and done, is the heart of the issue regarding farmers and agriculture. Droughts and floods are merely the climate instruments by which crop yields may be stunted, hurting farmers. Does crop data show declining yields as Roll Call claims?

As documented in Climate at a Glance: Crop Yields, the U.S. Department of Agriculture and the United Nations Food and Agriculture Organization document that U.S. crop yields and global crop yields are setting records nearly every year as global climate modestly warms. Thanks in large part to longer growing seasons, fewer frost events, more precipitation, and the fertilization effect of atmospheric carbon dioxide, farmers are producing more food on less land, allowing them to feed a growing global population.

Indeed, almost every important U.S. crop has set record yields per acre during the past three years, with most of the top 10 years in yields-per-acre occurring during the past decade.