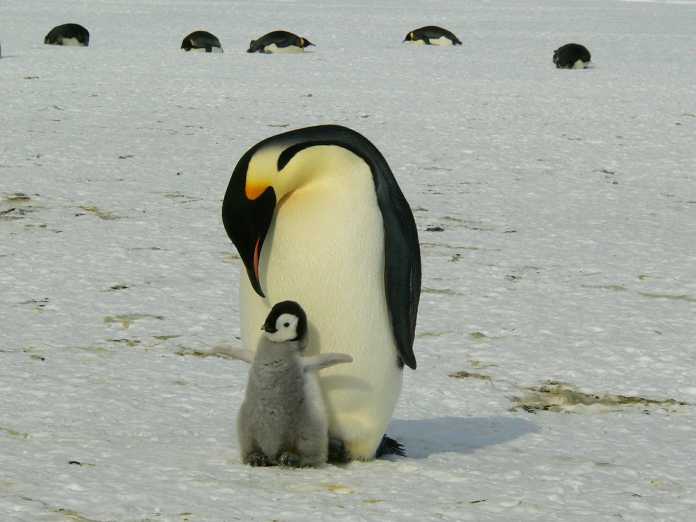 According to the study, temporary algae blooms during the Antarctic summer cover a combined 1.9 square kilometers (0.73 square miles) on the Antarctic peninsula. Two-thirds of the algae form on small low-altitude islands. Most or all of the blooms occur within 5 kilometers (3.1 miles) of a penguin colony, or where other birds nest, or where seals congregate onshore. The algae thrives on the droppings from these species. To put the very small size of the algae blooms in perspective, Antarctica is 14,200,000 square kilometers in size, while the seasonal blooms affect less than one square mile – approximately 0.00001% of the continent.

Although sometimes dormant or covered with snow, algae, lichen, and moss are always present in these areas of the Antarctic peninsula, particularly where large groups of penguins congregate and huddle, fertilized by the nutrients of the animals’ excrement.

The Chronicle asserts this small amount of temporary algae will now absorb light and heat, unlike white snow, which reflects it, and therefore will cause additional warming. But this only tells part of the story.

A dash of green color on less than one square mile of snow absorbs very, very little warmth. However, the authors of the study observed the small algae blooms remove 479 tons of atmospheric carbon dioxide per year—equivalent to the emission of 486 planes traveling between New York and London. Typical of fake news media coverage, the Chronicle focuses only on potentially “bad” news, while dismissing much more powerful evidence that there is little or no net warming and a climate crisis is not happening.

Another topic the Chronicle failed to “fact check” is the fact that algae blooms will always be constrained by Antarctica’s long, extremely cold winters. Winter temperatures average −10°C on the Antarctic coast to −60°C at the highest parts of the interior.  Even if the algae expand modestly in the short summer months, they will disappear once again beneath resurgent snow and ice during each Antarctic long winter.

In the end, there is no justification for the Chronicle to claim a climate crisis. This is especially the case after the asserted crisis has already been soundly debunked.