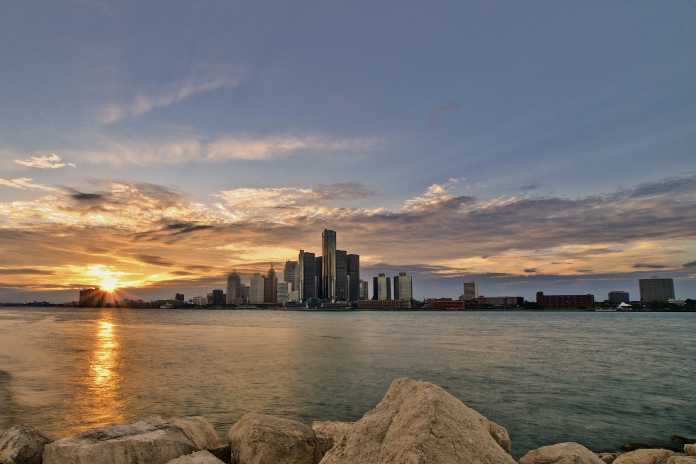 At the top of Google News search results today for “climate change,” a climate-activist meteorologist wrote an article attributing 3.3 degrees Fahrenheit of warming in Detroit over the past 50 years to global warming. A quick look at relevant evidence shows the claim is more alarmist hype than scientific fact.

Meteorologist Paul Gross, citing a graph produced by the climate activist group Climate Central, reports a summer warming trend in Detroit since 1970 of approximately 3.3 degrees, with most of the summer warming occurring at night.

While this data may or may not be accurate, attributing it to “climate warming” is likely wrong.

National Oceanic and Atmospheric Administration (NOAA) records show Michigan as a whole has warmed an average approximately 2 degrees – not 3.3 degrees – since the beginning of the 20th century.

Also, the largest spike in warming occurred from the 1930’s through the 1950’s, with the vast majority of warming occurring during the spring and winter, when such warming is welcomed, as opposed to the summer.

As Climate at a Glance: U.S. Temperatures reports, NOAA’s 30-year U.S. temperature trend for the upper Mid-West – including Michigan – is undergoing a modest cooling trend. Also, NOAA’s Climate Reference Network, its high-quality network of temperature stations throughout the United States, shows no warming trend across the United States since the network became operational in 2005.

Assuming Gross is correct that Detroit has experienced more warming than other places—indeed a non-typical temperature trend since 1970—one should look at factors other than anthropogenic global warming as the cause of the anomalous temperature trend. The most likely cause is the urban heat island effect, caused by Detroit’s substantial industrialization and development, rather than global warming.

The urban heat island effect would explain why Detroit’s temperature increase is almost entirely due to an increase in summertime nighttime warming. As explained in Climate at a Glance: Urban Heat Islands, heat absorbed by concrete and other impervious surfaces during the day in urban areas is slowly released into the atmosphere at night, resulting in disproportionate increases in nighttime low temperatures.

Before Gross pointed his finger at climate change as an explanation for Detroit’s idiosyncratic temperature trend, he should have considered countervailing national and state temperature trends, as well as other localized factors that would better explain the anomalous temperature increase in Detroit.

Media Botches Reporting on Heat and Drought in Vermont