The Alliance for Dishonest Propaganda article is titled, “African farmers yearn for biotechnology in the face of climate change.” The article’s opening sentence reads, “Southern Africa is on the receiving end of the devastating impact of climate change, driving millions into hunger.”

“The magnitude of the problem in this part of the world has reached unprecedented levels, creating a threat to peace, security and stability. At the center of this catastrophe are the small-scale farmers,” the article continues.

Climate alarmists love to make up seemingly factual claims out of thin air, while producing no data or evidence to back them up. In this case, not surprisingly, the Alliance for Dishonest Propaganda article cites no objective data to support its claim that climate change is “driving millions [of Southern Africans] into hunger.”

Fortunately for science, and unfortunately for the Alliance for Dishonest Propaganda, the United Nations Food and Agriculture Organization (FAO) keeps detailed records of crop production, including crop yields by year and by nation.

Let’s take a look at the objective crop data reported by the United Nations.

Here is the FAO crop data for South Africa. The chart shows yields per acre for the important Big Three cereal crops of corn, wheat, and rice. As you can see, crop production is enjoying spectacular growth as the Earth modestly warms, with the past 10 years providing the 10 highest crop yields in South African history.

The Alliance for Dishonest Propaganda article also focuses a great deal of attention on farmers in Zambia. Here is the FAO crop data for Zambia. Like South Africa, Zambia is enjoying substantial, consistent long-term growth in its crop yields. The past eight years provided eight of the nine highest crop yields in Zambian history. 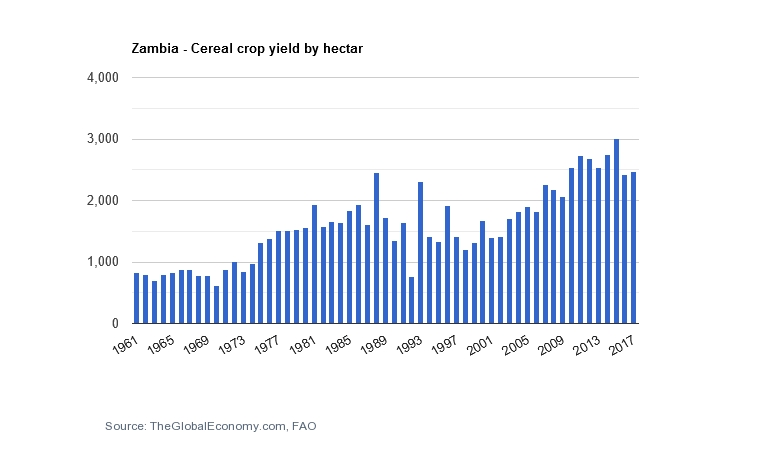 Here is the FAO crop data for Botswana. Botswana is a rare outlier in that the country is not enjoying a substantial long-term increase in crop yields. On the other hand, Botswana is not suffering declines in crop yields, either. Crop yields in Botswana are showing no long-term trend for the better or worse. Steady yields, however, falsify the Alliance for Dishonest Propaganda’s claim that climate change is devastating crop yields at “unprecedented levels” and driving millions into hunger. 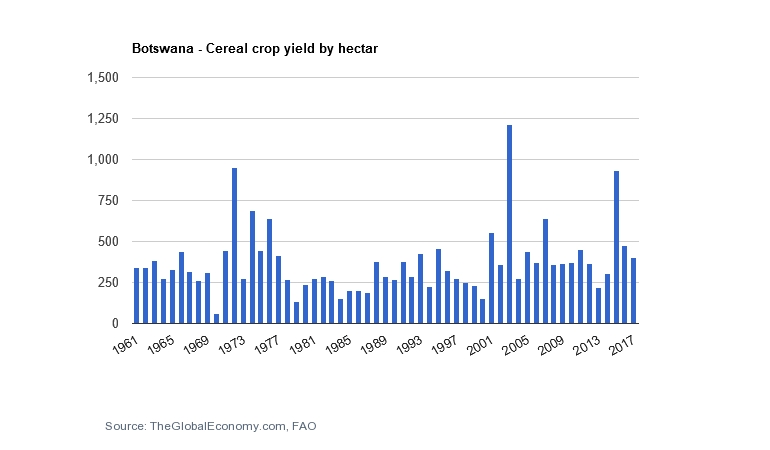 With that in mind, here is the latest FAO graph on global crop yields. As you can see, global crop production, like crop production in Southern Africa, is steadily rising in our warming world and setting new records virtually every year. 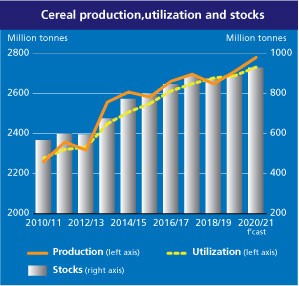 If they wish, climate propagandists can make highly dubious predictions of declining future crop yields. Such predictions would defy every trend that is occurring and every piece of real-world evidence while the world modest warms. Those predictions would be highly unlikely, but at least not demonstrably false right now. To the contrary, when the Cornell “Alliance for Science” makes a straightforward claim that climate change is currently driving millions of Southern Africans into hunger via unprecedented crop failures, that is simply a lie.