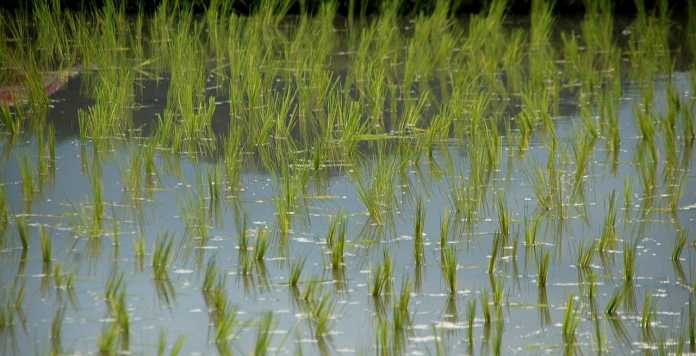 Among the top Google News search results for “climate change” today, Forbes published an embarrassingly fictitious article making several false claims about climate change and rice production. The Forbes article is titled “Rice, Climate Change And A Post-COVID Opportunity For Women In Guyana.” The article is typical of establishment media articles – and particularly Forbes articles – that simply make up false climate claims out of thin air, provide no supporting data for the claims (because no supporting data exist), and then act like people who present actual scientific data and evidence are attacking science. This article is the first of three articles debunking different aspects of the multi-ridiculous Forbes article.

Ewing-Chow added, “A 2012 World Bank report listed flooding as the most significant risk to Guyana’s rice sector and drought as number 3. [whatever that means]. Saltwater intrusion due to rising sea level and stronger storm surges is also a major problem, which lead to a 16 per cent drop in rice production in 2016.”

Wow, that is quite a bleak assessment of climate change destroying Guyana rice production.

Fortunately for people who believe in facts and science, and unfortunately for Forbes and Ewing-Chow, the United Nations Food and Agriculture Organization (FAO) keeps meticulous records of each country’s agricultural production. So, one would expect FAO to report dramatic recent declines in Guyana rice production, given what Ewing-Chow asserts in Forbes.

Let’s take a look at the FAO data.

Wow. Guyana is enjoying a long-term increase, not decrease, in rice production. In the most recent year for which FAO reports data – 2018 – Guyana set records for highest total rice production and highest yields per acre. The eight years culminating in 2018 produced seven of the eight highest crop yields ever. Also, the Guyana Rice Department Board reports that 2019 came in as the second highest on record. Furthermore, with more than half the 2020 rice crop harvested, the Guyana Rice Department Board projects the 2020 rice crop will surpass the 2019 rice crop. So, the 10 years culminating in 2020 will have produced nine of Guyana’s 10 highest rice crops in history.

That is amazing production, and an amazing trend of increasing recent crop production.

The only explanation for Ewing-Chow and Forbes citing 2016 to claim climate change is harming Guyana rice production – while hiding from readers the record crop production in more recent years – is that Forbes and Ewing-Chow are dishonest shills for the fictitious climate “crisis.”

Well, whatever the motives of Ewing-Chow and Forbes, it is laughable that they claim climate change is harming rice production in Guyana. Guyana rice production continues to increase and set records, even and Forbes asserts a fictitious Guyana climate rice crisis.