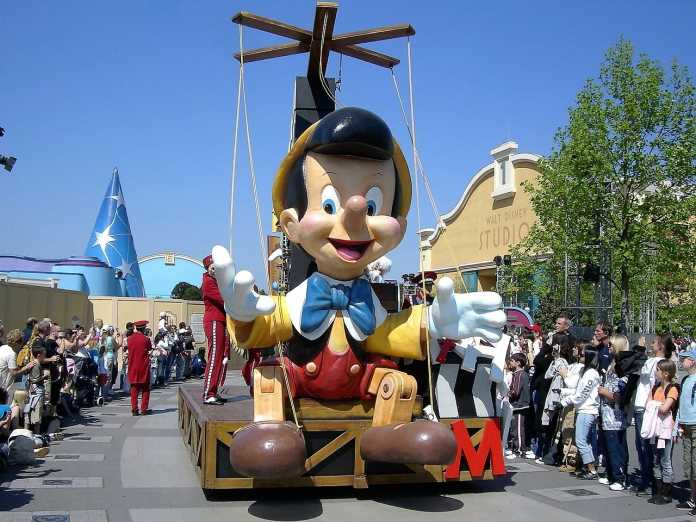 The Washington Post and other media outlets are claiming June 2020 was the hottest June on record. Not surprisingly, that is fake news and a lie. Let’s set the record straight.

“Globally, temperatures last month were 0.53°C warmer than the average June from 1981-2010, almost tied as the warmest June in this record and with the Siberian Arctic experiencing the most above-average conditions. In Europe, temperatures were far above average in the north but below average in the south, overall tying as the second warmest European June in our record.”

Since when does a finding of “almost tied as the warmest June” allow ostensibly factual new organizations to breathlessly exaggerate and claim “almost tied” is the same as being “the hottest on record.” Again, the Washington Post simply printed “fake news” to further its ideological agendas, as well as generate unprofessional click-bait.

Similarly, in late June we were told that Verkhoyansk, Russia experienced the hottest ever temperature above the Arctic Circle, with some media outlets claiming the Arctic is “literally on fire.” We pointed out here on Climate Realism that not only was it a weather (not climate) event, but we also pointed out that such extremes are normal for the region. For example, a warmer, 100-degree F temperature was reported above the Arctic Circle over 100 years ago, before “climate change” ever became a cause. Here’s another interesting note about the Verkhoyansk, Russia, being “on fire” last month – two weeks later, it snowed in the very same place that was “on fire” two weeks ago. The mainstream media didn’t report on that, however, because it didn’t fit the alarmist warming narrative.

As it turns out, the brief high-temperature weather event in Russia caused a skewing of the global temperature record. We are being told by some media outlets that the globe had the hottest-ever June on record, but as you can see in Figure 1, that isn’t true at all. There are many places on the globe that are in the blue, i.e. “below normal”. Only where the arrow points in Siberia do we have highly warmer than normal temperatures. Most of the rest of Russian, by the way, was cooler than normal. 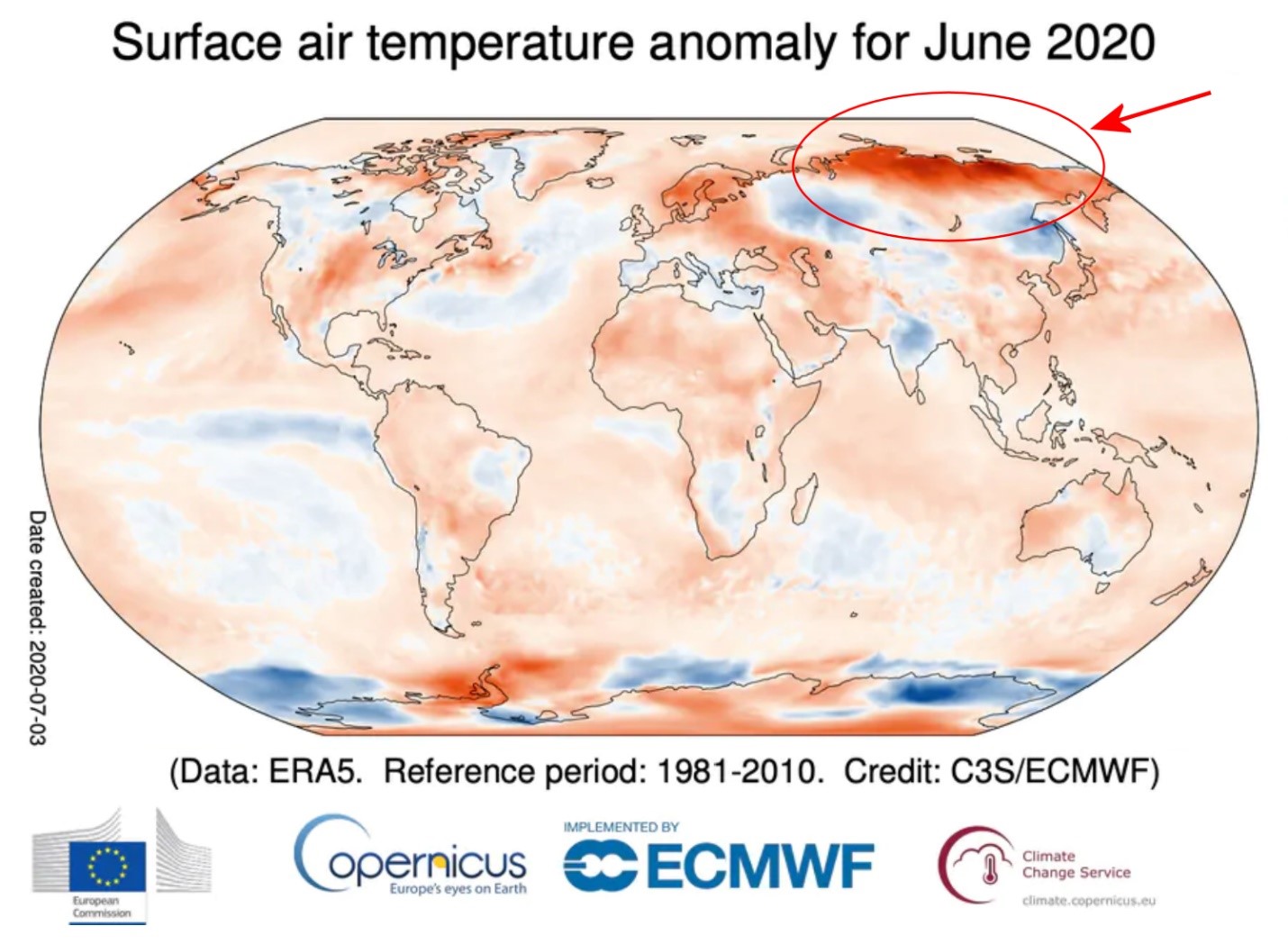 As you can see, had that area not experienced a weather event that created a localized heat wave, the global temperature wouldn’t be mathematically skewed high. When making claims about “global warming”, being a problem, you can’t really accurately say the entire globe set a record, because we’re dealing with a skewed mathematical average that went off the scale because of one small region.

Looking at other data, such as that measured by NASA satellites, we don’t see a global record for June this year at all. In fact, according to the satellite measurement data, June 2019 was warmer than June 2020. Dr. John Christy, senior scientist in charge of that data at the University of Alabama, Huntsville, said in an email “June was not a record for Global, Northern Hemisphere, Southern Hemisphere, or the Tropics.” You can read his Global Temperature Report here.

So, who do we believe when you have conflicting data? For me, it is an easy choice; the Washington Post clearly lied, and I wouldn’t trust them to report on anything climate related as they have been blinded by the climate alarmism agenda. The European Union climate scientists used the flawed and warmly biased surface data, which reads warmer than normal, and is prone to urban heat island issues, and also weather station siting problems that create warmer temperatures. The EU also tends to be prone to political bias on the climate issue. And even they refuted the notion that June 2020 was the warmest June on record.

It seems the NASA satellite data has none of those problems, nor does that data suffer from warm biases or an agenda. It also says there’s no global record for June 2020. That’s the data I trust.

Megadroughts in Texas? Business as usual for mother nature

No, June 2020 Was Not the Hottest June on Record

DailyKos: It’s OK for Climate Alarmists to Make Things Up Out...