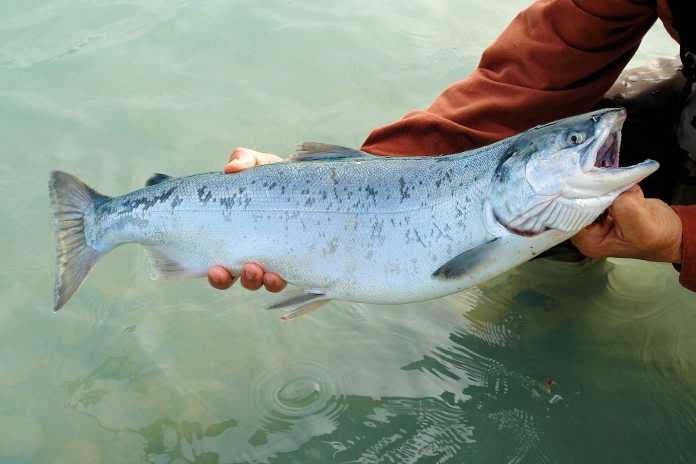 A Google News search today for “climate change” lists among its top results a SciTechDaily article titled “Climate Change Is Aging Fish, Amphibians and Reptiles.” Other media outlets have published similar articles yesterday and today. The SciTechDaily article cites a newly published study claiming that global warming is making fish, amphibians, and reptiles larger. The authors of the newly published study claim growing larger is bad for the animals, while making the speculative claim that larger animals will live shorter lives than smaller animals.

Regardless of the article’s dubious speculation about the life spans of larger animals, the core premise of the article contradicts what alarmists and the media have long been claiming.

As recently as two weeks ago – on September 8 – the Washington Post published an article titled “Alaska’s salmon are shrinking, and climate change may be to blame.” How can global warming be causing Alaskan salmon to shrink in size when the newly published study claims global warming causes fish to grow larger? And how can both be bad?

Regardless of whether our modest global warming will cause animals to grow larger, smaller, or (most likely) remain pretty much the same, it is troubling that climate alarmists and the media make contradictory claims about it. Unfortunately, this is typical of climate alarmists’ propensity to make apocalyptic claims and accusations first and only later sort out the scientific evidence.

That is not valid “scientific consensus.”