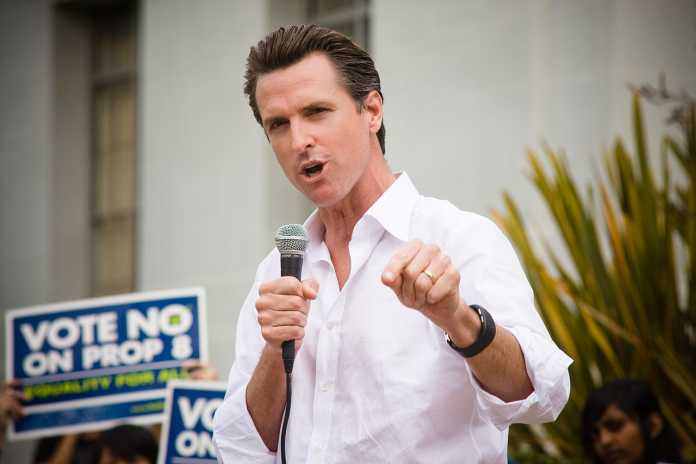 California Gov. Gavin Newsom is in the news today, proclaiming wildfires in his state have left him with “no patience for climate change deniers.” That is too bad. If Newsom had the patience to spend 2 minutes reviewing wildfire facts, he wouldn’t be advancing a fake climate scare.

Deadline, Politico, and many other media outlets are reporting on Newsom’s comments today. Politico’s story, “Newsom: ‘No patience for climate change deniers’ amid historic wildfires,” was typical of the coverage, with Newsom linking the ongoing horrific wildfires and heat California is suffering under to supposed human cause climate change. The problem is the data undermine his and the headlines’ assertions that the heat and wildfires are “historic.”

Research shows massive wildfires have regularly swept through California. Indeed, a 2007 paper in the journal Forest Ecology and Management reported that prior to European colonization in the 1800s, more than 4.4 million acres of California forest and shrub-land burned annually. That is far more than the area of California that has burned cumulatively since 2000. As compared to the 4.4 million California acres that burned each year prior to European colonization, only 90,000 acres to 1.6 million California acres burn in a typical year now.

Wildfires have declined sharply over the course of the past century in the United States. As reported in Climate at a Glance: Wildfires, long-term data from the U.S. National Interagency Fire Center (NIFC) show wildfires have declined in number and severity since the early 1900s. Assessing data on U.S. wildfires from as far back as 1926, NIFC reports the numbers of acres burned is far less now than it was throughout the early 20th century, with the current acres burned running just 1/4th to 1/5th of the amount of land that typically burned in the 1930s (see the figure, below).

Gavin Newsom has announced he has lost patience for practicing science and discovering the truth. Fortunately, climate realists still have the patience to do so.