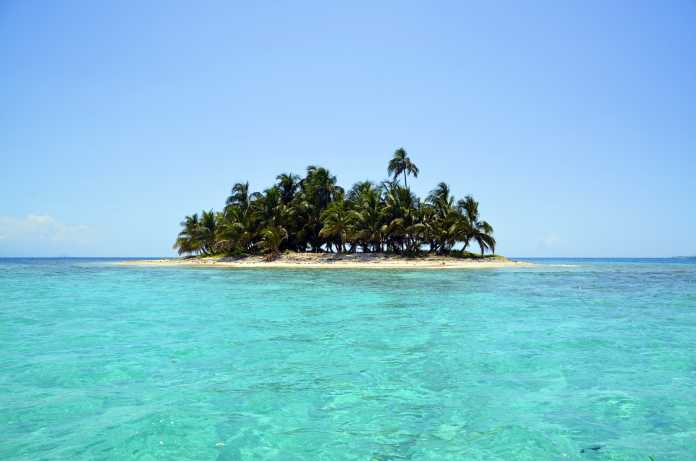 A new study posted at ClimateAtAGlance.com documents that most small islands are growing, not losing land to sea-level rise, and island nations are attracting growing populations rather than shedding climate refugees. The new climate summary drives a stake into the heart of alarmist assertions that climate change and rising seas are threatening island nations and their populations.

Objective measurements show that islands and atolls are growing in size, not disappearing under rising seas. Rising seas bring sand and sediment, which build up coastal shorelines and are more than keeping pace with rising waters. Also, coral, as living organisms growing near sea level, build up their height along with the rising sea.

For example, climate activists often claim the island nation of Tuvalu is shrinking due to rising seas and spawning climate refugees. However, a recent peer-reviewed study found eight out of Tuvalu’s nine coral atolls have grown in size during recent decades, and 3/4ths of Tuvalu’s 101 reef islands have similarly grown in size. Also, Tuvalu’s population is consistently growing, not declining, with 20% more people living on Tuvalu now than 30 years ago. Tuvalu’s population has doubled since 1970.

Additional peer-reviewed studies (see here, here, and here) confirm the same processes are allowing – and will continue to allow – other Pacific islands to keep up with rising seas.

For example, 30 years ago, the Canberra Times claimed all 1196 islands that comprise the Maldives could be completely underwater by now. Not only are all 1196 islands still there, but the Maldives population has doubled during the past 20 years. People are flocking to the Maldives islands, not fleeing them. The Maldives are absorbing political refugees, not spawning climate refugees.

To read the full summary, see Climate at a Glance: Islands and Sea Level Rise.