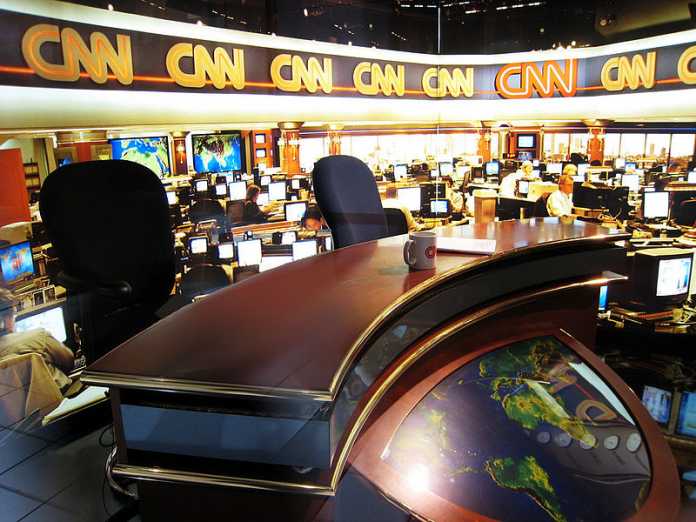 Just one year after climate activists and their media allies spread fear with claims that global warming is causing the world’s ocean currents to speed up, CNN.com is now claiming the opposite – and claiming scientists predicted a slowing of ocean currents all along. CNN’s attempt at “Gaslighting” (a term derived from the 1944 movie Gaslight, in which a man attempts to convince his wife that she cannot believe her own memory) reveals the lack of honesty and lack of scientific basis for alarmist climate claims.

CNN published an article this morning titled, “The slowing down of ocean currents could have a devastating effect on our climate.” In the course of claiming all sorts of existential threats caused by slow ocean currents – including stronger hurricanes, heat waves, and sea-level rise – CNN asserted, “The slowdown of ocean circulation is directly caused by warming global temperatures and has been predicted by climate scientists.”

Except that “climate scientists” and the activist media were telling us exactly the opposite just one year ago.

On February 6, 2020, NASA published an article titled, “Arctic Ice Melt Is Changing Ocean Currents.” The article claimed global warming is speeding up ocean currents. According to the article, “A major ocean current in the Arctic is faster and more turbulent as a result of rapid sea ice melt, a new study from NASA shows. The current is part of a delicate Arctic environment that is now flooded with fresh water, an effect of human-caused climate change.”

On February 6, 2020, Scientific American published an article titled, “Ocean Currents Are Speeding Up, Driven by Faster Winds.” The article claims, “Climate change may in part be spurring the acceleration, which could change how heat and nutrients are pushed around the oceans.”

On February 6, 2020, the website Live Science published an article titled, “Ocean currents are getting faster.” The article claimed, “The change is driven by global warming and wind.”

To ensure the public was sufficiently aware and sufficiently alarmed about accelerating ocean currents, Washington Post climate change reporter Chris Mooney published a February 5, 2020, article titled, “World’s oceans are speeding up – another mega-scale consequence of climate change.” According to the article, “It’s the latest dramatic finding about the stark transformation of the global ocean — joining revelations about massive coral die-offs, upheaval to fisheries, ocean-driven melting of the Greenland and Antarctic ice sheets, increasingly intense ocean heat waves and accelerating sea level rise. … This suggests the Earth might actually be more sensitive to climate change than our simulations can currently show.”

On February 11, 2020, NBC News published an article titled, “Climate change models predicted ocean currents would speed up – but not this soon.” According to the article, “Climate models had predicted that ocean circulation would accelerate with unmitigated climate change, but the changes had not been expected until much later this century … The disparity suggests that some climate models may underestimate the effects of global warming.”

Now, quickly and completely forget everything you just read. New data are destroying all those claims of climate change speeding up ocean currents. As CNN reports this morning, ocean currents now appear to be slowing down, not speeding up, due to global warming. And, remember, as CNN tells us, climate scientists predicted this all along.