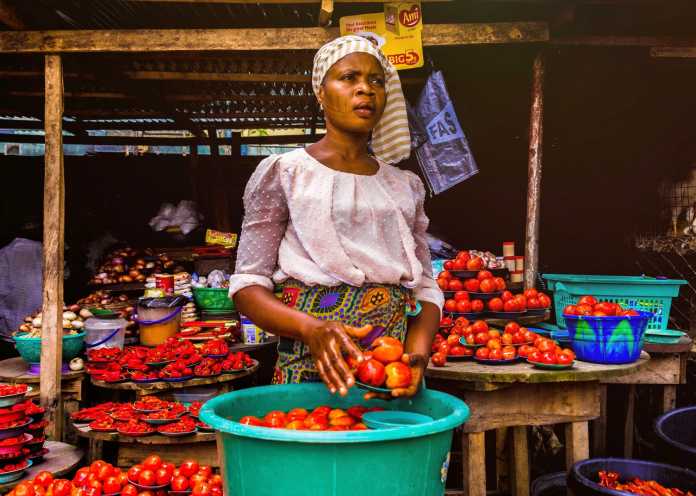 A search of Google News for the term “climate change” today turns up a Green Biz article claiming climate change is threatening global agriculture, especially in developing countries in Africa and the Middle East. This is false. Data from the United Nations Food and Agriculture Organization (FAO) and other agencies clearly and objectively show crop production has improved as the earth modestly warms.

The author of the Green Biz article, titled “Global agriculture will be drastically altered by climate change,” claims, “In much of the world, climate change is altering regional growing conditions and making them more unpredictable. Farmers are finding it harder to consistently grow enough food to meet increasing demand.”

In particular, the article claims climate change is causing a shift in rainfall patterns that is making it harder to farm in Kenya and Iran. The data on rainfall and crop production in those countries show otherwise.

Utilizing data from the World Bank, the chart below, produced by Trading Economics, shows no significant increase or decrease in rainfall in Kenya over the past 100 years.

Detailed data covering the past 25 years of Kenya’s rainfall, displayed in the next chart, also displays no significant trend either upwards or downwards. 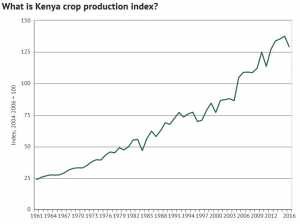 “The [FAO] estimated that by 2050 the cattle population in Kenya will have increased by 90 percent,” according to the ILRI.

The story is similar in Iran. Despite repeated wars and internal conflicts, Iran’s crop production has grown substantially during the period of modest warming.

Data from the FAO show since 1989, cereal crop production in Iran increased 187 percent, despite increasing the acreage harvested by just 2.6 percent.

What’s true of Africa and the Middle East is true for the world as a whole. As explored in Climate at a Glance: Drought and Climate at a Glance: Floods, the U.N. Intergovernmental Panel on Climate Change reports no evidence that rainfall patterns are changing significantly. By contrast, global crop production has set records seven of the past 10 years.

When it comes to covering climate change’s impacts on agriculture, Green Biz’s readers would be better served if Green Biz stuck to reporting the facts, rather than hyping climate alarm based on its writers’ biases or anecdotal evidence.