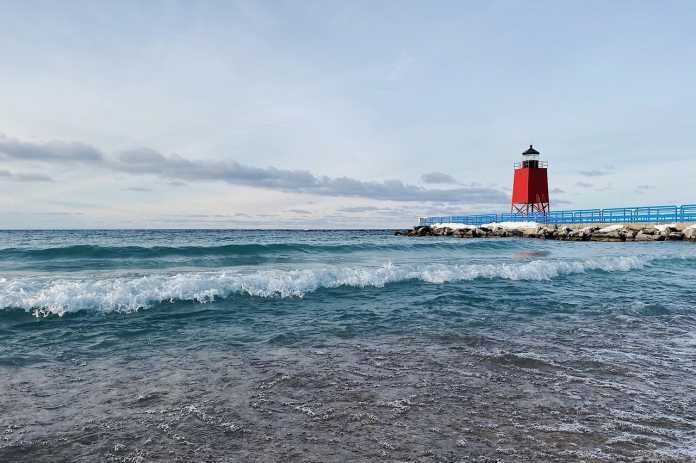 The Associated Press published – and the Appleton Post-Crescent (Wisconsin) republished today – an article claiming global warming is causing an acceleration of wind speeds with disastrous consequences for the Great Lakes. However, the article and its claims have little credibility, as the Associated Press previously claimed global warming (a.k.a. climate change) is causing wind speeds to slow down, not speed up.

The Associated Press/Appleton Post-Crescent article is titled, “Scientists: climate-whipped winds pose Great Lakes hazards.” The article claims, “Powerful gusts linked to global warming are damaging water quality and creating a hazard for fish in Lake Erie and perhaps elsewhere in the Great Lakes, according to researchers.”

According to the article, high winds bring water with low oxygen and high phosphorous from deep in the Great Lakes to the surface, “creating a hazard for fish and insects on which they feed.” The article claims winds have accelerated since 1980.

“As temperatures increase overall, we will get higher winds and larger waves,” according to a quote in the article.

However, the Associated Press previously reported exactly the opposite. The AP even quoted prominent alarmist-scientist Michael Mann to support its assertion that global warming causes slower wind speeds.

In an article titled, “Not so windy: Research suggests winds dying down,” AP reporter Seth Borenstein wrote, “The wind, a favorite power source of the green energy movement, seems to be dying down across the United States. And the cause, ironically, may be global warming – the very problem wind power seeks to address.”

The Borenstein article claims “average and peak wind speeds have been noticeably slowing since 1973, especially in the Midwest and the East. ‘It’s a very large effect,’ said study co-author Eugene Takle, a professor of atmospheric science at Iowa State University. In some places in the Midwest, the trend shows a 10 percent drop or more over a decade.”

Borenstein backed up the claim by quoting Mann. Wrote Borenstein, “The new study ‘demonstrates, rather conclusively in my mind, that average and peak wind speeds have decreased over the U.S. in recent decades,’ said Michael Mann, director of the Earth System Science Center at Penn State University.”

“The research, published in the journal Nature Geoscience, used the same climate models and projected future emission as the UN’s Intergovernmental Panel on Climate Change,” the Guardian emphasized.

If global warming is causing wind speeds to accelerate, with disastrous consequences for Great Lakes fish, somebody needs to tell that to Seth Borenstein, Michael Mann, Gene Takle, the United Nations Intergovernmental Panel on Climate Change, and everybody who previously sounded the alarm about global warming causing slower wind speeds.

At least until the next study comes out, flip-flopping again on “settled science.”

Sorry, Washington Post, Snow and Dogsledding Are Safe in Michigan