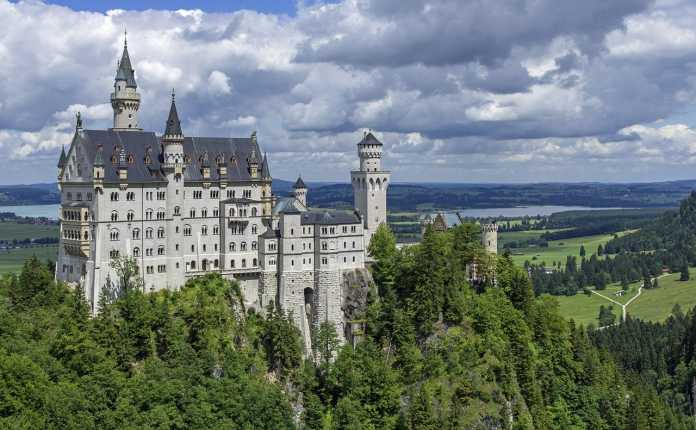 The Guardian yesterday posted a misleading story claiming a dry period much of Europe experienced from 2014 through 2018 represents the worst drought Europe has experienced in the past 2,000 years. Data from the United Nations Intergovernmental Panel on Climate Change (IPCC) and elsewhere demonstrates the Guardian’s claims are false.

Citing research published in Nature Geoscience, the Guardian story, titled “Climate crisis: recent European droughts ‘worst in 2,000 years,’” says a series of severe droughts between 2014 and 2018 have been the most extreme Europe has experienced in the past 2,000 years.

Based on this limited dataset from a small part of Central Europe, the Guardian follows the researchers in speculating this climate reconstruction fairly represents historic drought and rainfall trends across all of Europe, from the upper reaches of the arctic to the Southern tip of Italy, and from Ireland’s west coast to Eastern Romania along the Black Sea.

As the Guardian sums up, the researchers claim recent heatwaves “have had devastating consequences … causing thousands of early deaths, destroying crops and igniting forest fires.”

In fact, reconstructed climate data from a single source from a small region of Central Europe is not dispositive for climate across the European Continent as a whole. Any meteorologist or climate historian will note across the past 2,000 years, drought or flooding in one part of Europe may or may not reflect climate patterns in other parts of Europe. Even within the same country, one region can be suffering drought while another region is experiencing plentiful rainfall or snowfall.

One recent study in the journal Climate of the Past, using multiple sources of data, found the driest extended period in the Czech Republic during the past 500 years occurred from 1531 through 1540. The authors of that study found that the 16th century drought in the Czech region and a small part of Central Europe gave “no indications of severe impacts of multi-country or multi-year effect[s].” In short, the drought in Central Europe, and the wetter period that followed, stayed in or near Central Europe.

Also, a recently completed European Drought Atlas, from data compiled and collated by researchers at Columbia University’s Lamont-Daugherty Earth Observatory, shows “persistently drier-than-average conditions across north- Central Europe over the past 1,000 years, and a history of megadroughts in the Northern Hemisphere that lasted longer during the Medieval Climate Anomaly [950 AD to 1250 AD] than they did during the 20th century.” In other words, droughts in Europe were more severe 800 to 1,000 years ago than they have been recently.

The team at Columbia also warns against extrapolating, from a single dataset from a single location, to other locations in Europe. The team writes, “if Europe had a wet year north of the Alps and a dry year to the south, that provides clues to circulation patterns and suggests influence from the North Atlantic Oscillation, one of the primary sources of climate variability affecting patterns in Europe. ‘You can’t get that from one spot on a map,’ Cook said.”

Nor, as discussed in Climate at a Glance: Drought, has the IPCC recorded worsening drought in Europe as the planet has modestly warmed. The IPCC reports with “high confidence” that precipitation has increased over mid-latitude land areas of the Northern Hemisphere (including Europe) during the past 70 years, while IPCC has “low confidence” about any negative trends globally.

Data equally refute the Guardian’s claim that climate change is causing thousands of additional deaths, crop losses, and wildfires. For instance, data from the World Meteorological Association shows the number of weather-related disasters has declined by 15 percent since 2000, as the earth has modestly warmed (see the figure below). 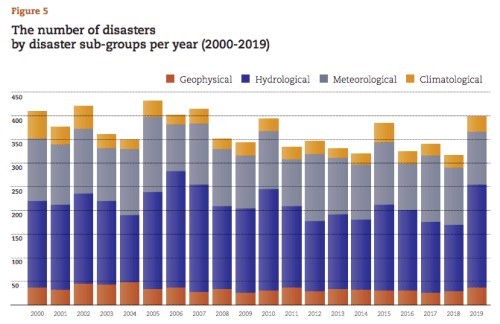 Rather than causing more deaths, the number of deaths attributable to extreme weather events has fallen dramatically over the past 100 years of modest warming. As Bjorn Lomborg reports:

But because the world’s population also quadrupled at the same time, the climate-related “death risk” has dropped even faster. The death risk is the probability of you dying in any one year. In the 1920s, it was 243 out of a million people that would die from climate-related disasters.

The Guardian was wrong to claim a single source of limited data from a small part of Central Europe proves a recent four year hot, dry spell is the worst drought the continent has experienced for the past 2,000 years. To do so, they had to ignore the copious research founded on multiple lines of data which show this is not true. Absent any human influence, Europe has experienced worse droughts historically than at present. In addition, across Europe and globally, despite the modest recent warming, fewer people are dying from weather-related events. Also, crop yields are greater than ever before, and wildfires have declined. No single paper can refute those facts.