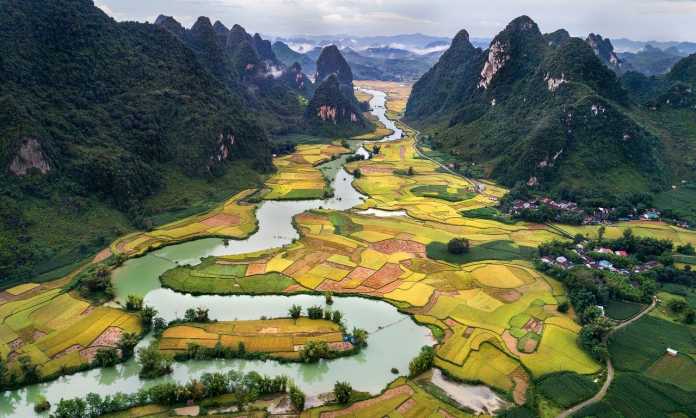 Among the top stories of Google News search results today for “climate change” is an article from Voice of America (VOA), claiming global warming is forcing Vietnamese farmers to abandon rice production in favor of shrimp production. However, objective crop data reported by the United Nations Food and Agriculture Organization (FAO) tells an entirely different story. Rice production and yields have set new records virtually every year in Vietnam as the Earth modestly warms. Shrimp has long been among Vietnam’s largest sea food exports, and shrimp production is setting records, as well.

“The effects of climate change are making rice-growing in her area more difficult,” says VOA. “Climate change is affecting everyone, so they have to try new things to survive.”

To the extent climate change is affecting rice production in Vietnam, data from the FAO show it is increasing production and yields, not reducing them.

FAO data, illustrated in the FAO chart below, show Vietnamese cereal production (of which nearly 90 percent is rice production) has set a new record for yields per acre 26 times out of the past 30 years of FAO data. Yields have increased approximately 50 percent during the past 25 years, and have doubled since the last 1980s. For Voice of America to publish the headline that “Climate Change Pushes Vietnam’s Rice Growers to Farm Shrimp” is objectively false and laughably preposterous. 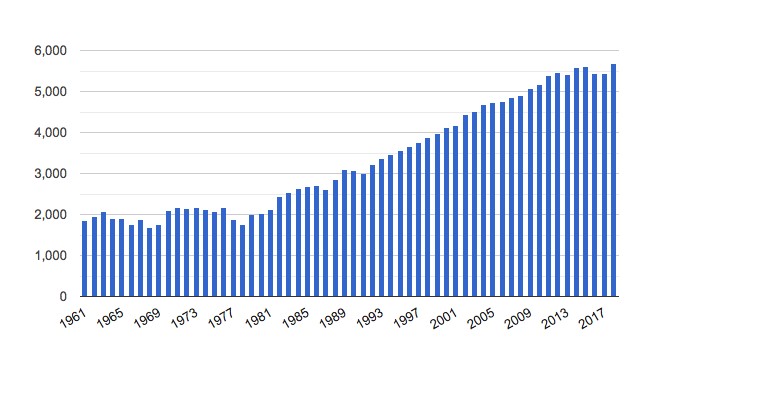 It is true, tangentially, that more Vietnamese – including many Vietnamese farmers – are becoming shrimpers. They are not being ‘forced” or ‘pushed’ into shrimping by poor rice crops, however. They are choosing to become shrimpers because shrimp production as temperatures modestly warm is becoming even more lucrative than lucrative rice farming.

Vietnam’s rice harvest is mostly consumed locally, but its shrimp harvest is meant primarily for the lucrative export market. Shrimp exports bring in hard currency, so it’s not surprising some framers have abandoned lucrative rice production to harvest shrimp. The growth in Vietnamese shrimp exports supports this observation. Data show that from 1998 to 2017, Vietnam’s shrimp exports grew by more than 700 percent, from $453 million in 1998 to nearly $4 billion in 2017.

The sustained growth of Vietnam’s rice and shrimp production is a fantastic news and a tremendous success story. Voice of America chose to ignore this good news and instead decided to public climate activist propaganda and misinformation. Shame on this government broadcaster. VOA’s misleading reporting undermines its mission to favorably influence public opinion about the United States, its people, and its institutions.