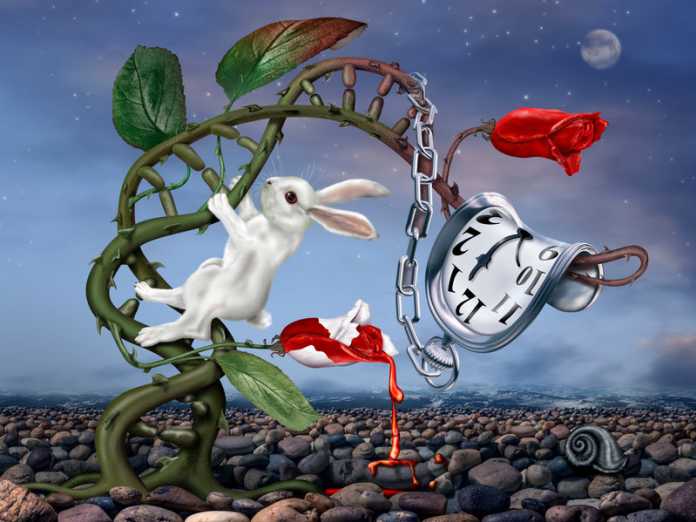 Instead, they follow Lewis Carroll’s irrepressible and violent Red Queen down the climate change rabbit hole, as when in response to Alice’s statement that “one can’t believe impossible things,” she proudly proclaimed, “I daresay you haven’t had much practice. When I was younger, I always did it for half an hour a day. Why, sometimes I’ve believed as many as six impossible things before breakfast.”

Replace the word “impossible” with “contradictory” and you’ll get my point. Over the past two decades, the mainstream media have regularly reported claims that human-caused climate change will bring on both the disappearance of snow and increased snowfall. In 2013, for example, The Daily Telegraph ran an article titled “Children Just Aren’t Going to Know What Snow Is” which was about a wild claim made by climate scientist Dr. David Viner in the year 2000. The blundering story has since been disappeared from The Independent, where it was originally published. In 2014, The New York Times ran an article titled “The End of Snow?” Each story claimed human-caused climate change would result in snow becoming a rare and possibly unheard-of event in the near future in places where snow has historically been common.

More recently, however, as we have documented at our Climate Realism website, climate scientists and their allies in the mainstream media have changed their story to explain multiple instances of record-setting cold and snowfall over the past decade. In the words of a Science Daily article, “Major northeastern U.S. snowstorms expected to continue with climate change.”

Climate change may contribute to making snowfall more common or less common, but it can’t do both. Importantly, hard data support neither the claim that climate change is causing a dearth of snow nor the claim it is causing extreme snowfall. Media hype to the contrary, there has been no significant trend in snowfall over the recent period of modest warming.

Moving on to other inglorious instances of oft-asserted contradictory climate change claims, in recent years the mainstream media have alternately claimed climate change will cause the water levels of the Great Lakes to rise and fall. Clearly, no contradiction there.

That’s not all. As duly reported by the unthinking media, experts have claimed climate change on and around the Great Lakes will cause both dangerously higher wind speeds and equally disruptive lower wind speeds.

“Curiouser and curiouser,” as Alice of Wonderland fame exclaimed.

As award-winning meteorologist Anthony Watts pointed out recently, above- or below-average snowfall, monsoon rains, or rising or falling Great Lake levels or wind speeds may be indications of climate change, but only if a single, consistent direction of change is sustained over decades. If, instead, these patterns shift back and forth annually or every few years, that’s just normal weather.

Alarmists have to pick a unified narrative of disaster scenarios and stick with it. If data disprove the narrative, they must admit the theory of catastrophic human-caused global warming is wrong. As Watts said, “You can’t have it both ways.”

I’m weary of progressives desperately clinging to the theory of catastrophic climate change in the face of confounding data and contradictory predictions. I’m tired of their gross public displays of cognitive dissonance, twisting any unexpected weather event into further proof of climate change even when it is inconsistent with previous types of weather events they said climate change should cause or is causing.

Please, environmental socialists, move on to the next hobgoblin you will try to terrify the public with in your continuing effort to expand the government’s, and by extension your own, power over peoples’ lives. I’m ready for a new mythical dragon to slay.