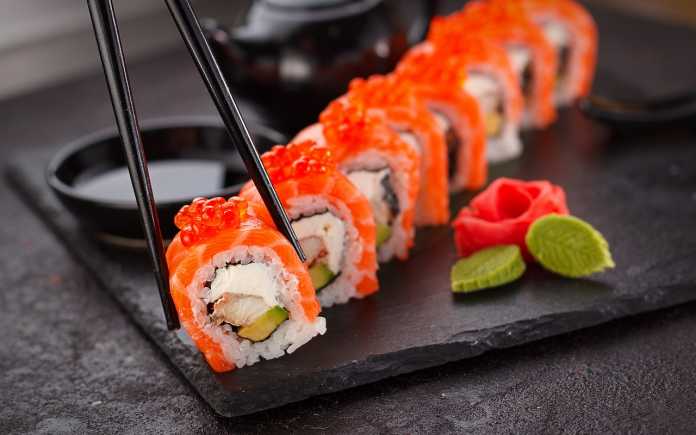 At the top of Google News search results today for “climate change,” Google News is promoting a Bloomberg News article claiming global warming is harming fish and rice production, which therefore harms sushi availability in California and elsewhere. In reality, objective data show fish and rice production are growing more plentiful and setting new records almost every year as the Earth modestly warms. Rather than threatening a culinary delicacy of the California elite, global warming is making it easier and less expensive to produce and enjoy sushi.

The Seattle Times, the Oregonian, and other major newspapers published the Bloomberg article, which the Seattle Times titled, “Climate change takes bite out of sushi.” The article claims, “Hot weather and water diversion for agriculture is putting commercial fisheries at risk.” The article also claimed that drought – caused by global warming – is decimating rice supplies.” The one-two punch of declining fish production and declining rice production threatens, according to Bloomberg News, to reduce the availability and increase the price of sushi.

The information website Statista, however, reports that global rice production has increased by eight percent during the past decade, and by 13 percent since 2008.

The Bloomberg News article, which focuses heavily on California, points out that sushi consumed in America is made almost entirely with American-grown rice.  The website Index Mundi, however, citing U.S. Department of Agriculture data, reports American rice production has increased 20 percent since 1995 and has doubled during the past 50 years.

Tuna and tuna-like species are popular sushi components. Importantly, the FAO reports production of wild-caught tuna and tuna-like species set global records in 2018 – the most recent year for which FAO tabulated data – while reducing stresses from over-fishing. “Catches of tuna and tuna-like species continued their year-on-year increase, reaching their highest levels in 2018 at over 7.9 million tons, mostly the result of catches in the Western and Central Pacific. This was achieved alongside better fisheries management, resulting in the number of overfished stocks decreasing…,” observes the FAO.

Similarly, Statista reports global production of Atlantic salmon has tripled during the past 20 years, making much more salmon available for sushi.

Also, regarding Pacific salmon, a recent American Fisheries Society article reports, “contrary to most media reports, the total abundance of Pacific salmon is at record high levels, and Pink, Chum, and Sockeye salmon have been more abundant during the past 25 years than any time since 1925.”

Any way you slice or dice it, the key components of sushi are becoming more abundant as the Earth modestly warms, regardless of what Google and the mainstream media would lead you to believe.