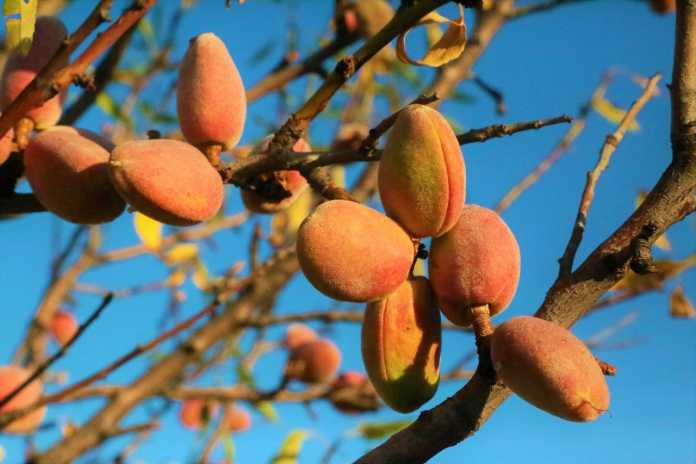 The National Public Radio (NPR) website published an article yesterday claiming global warming is causing an almond production crisis in California, which is the world’s leading almond producer. In reality, California almond production set a new record in 2018, then broke that record in 2019, then broke that record again in 2020. The only almond crisis is a crisis in journalistic ethics and standards while promoting a fictitious almond crisis.

The NPR article, “Climate Change In California Is Threatening The World’s Top Almond Producer,” claims global warming is worsening weather conditions in California and making it much more difficult to grow almonds. However, the U.S. Department of Agriculture reports California has set new records for almond production three years in a row. Moreover, even NPR admits California farmers are now growing eight times as many almonds each year as was the case just 25 years ago.

As Climate Realism reported last August, California almond production is so bountiful that farmers complain that an over-supply of almonds is lowering prices too much:

“The Sacramento Bee, for example, published an August 5 article titled, “This is what harvest of a 2020 record 2020 almond crop looks like.”

“In fact, crop yields are so strong that some farmers are making news hoping for adverse weather to occur. The Californian itself reported this just last month, in an article titled, “Almond growers fret over expectations for another record harvest.” The article noted that record almond production is causing lower almond prices, making it harder for farmers to profit from their crop. The article noted that February’s almond tree blooms were “close to perfect” under ideal temperatures and climate conditions Curiously, the Californian failed to mention climate change’s role in the close-to-perfect climate conditions and record almond production.

“The national crop outlook is just as strong. The U.S. Department of Agriculture forecasts record crop yields this year for the important corn and soybean crops, as well as other crops. This builds upon consistent growth in U.S. crop production and records being set on a near-annual basis.

“Globally, the United Nations Food and Agriculture Organization (FAO) forecasts the 2020/2021 crop season will set yet another record for crop production. FAO reports global crop production has increased more than 10 percent during the past decade.”