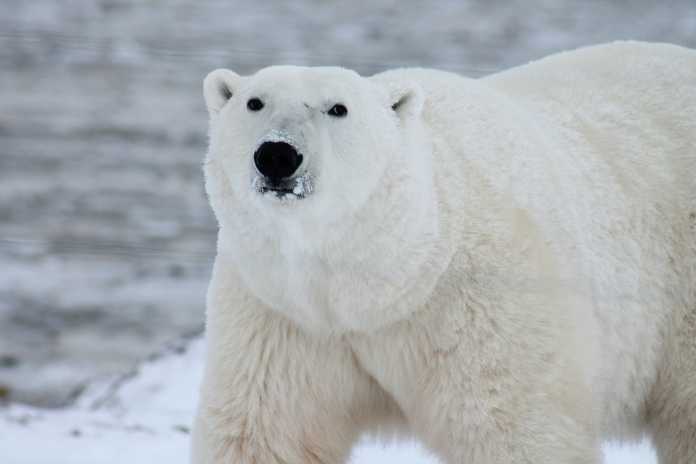 A new study published in Royal Society Journals publicized by many mainstream media outlets today, claims polar bears are in trouble from a loss of genetic diversity due to climate change. This claim has no basis in hard zoological or biological data, and no basis in actual sea ice measurements. It is a false alarm based in worst-case projections from computer models simulations.

As is true with all of the mainstream media’s coverage of the study, The Hill’s story, titled “Scientists warn polar bears are inbreeding due to climate change,” paints a dire picture. The study claims to have found a 10-percent decrease in the genetic diversity of polar bears in the Norwegian archipelago of Svalbard over a 20-year period, which they say corresponds directly with the loss of Arctic Sea ice

“A new paper published [Wednesday] deals with an animal conservation issue I’ve addressed twice before: the theoretical assumption that loss of genetic diversity must be detrimental to species survival despite there being little evidence that this has been the case in real life.

For this new study, the authors carried out some complicated measuring of genetic diversity loss and inbreeding amongst and between Svalbard region polar bear populations between 1995 and 2016 (see map below), and then modelled what this could lead to in 100 generations (1210 years), with the over-anxious hand-wringing we’ve all come to expect from such prophesies.

As far as I can see, it’s all meaningless number-crunching without relevance to the real world of polar bears.”

She says the researchers didn’t bother to look at how actual animals are doing, but worked entirely in the theoretical world. Emphasis hers.

They apparently never bothered to look at species that have actually suffered dramatic loss of genetic diversity.”

The mainstream media has unquestioningly taken the study at face value, publishing headlines that make it look like genetic gloom and doom for the polar bears is just around the corner. Evidence from history shows this is false.

As pointed out in Climate at Glance: Polar Bears, the bears evolved hundreds of thousands of years ago and have thrived during much warmer global climate than today. We know for a fact that polar bears have survived periods of much warmer climate and lower sea ice than today. For example, the Holocene climatic optimum, from 9000 to 5000 years ago.

Ignoring historical events which sharply curtailed genetic diversity among polar bears, this new study models and extrapolates theoretical data without any actual evidence that a small decline in genetic diversity now could be devastating to polar bears more than 1000 years from now.

Meanwhile, the Arctic Sea ice isn’t cooperating with the polar bear narrative this year. Actual data shown in Figure 2 for this year looks like it is within bounds of natural variation. The trajectory in the graph below suggests 2021 may have the earliest minimum on record and second highest minimum since 2006.

“WWF-style” means that if you make polar bears’ supposed plight headline news, it is easier to keep the donation money train rolling. The World Wildlife Federation (WWF) raised $276 million in 2020, and with scary media stories like this one to help, it is a safe bet they’ll raise even more in 2021.