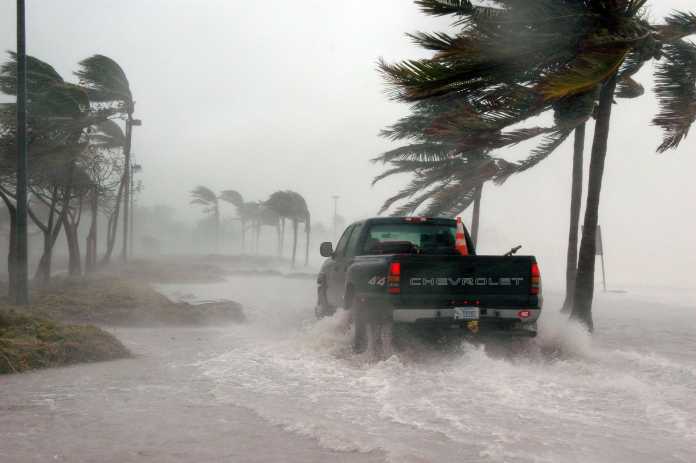 A Google search for news about “climate change” today brings up a multiple articles, citing a report by the US-UK insurance broker Aon, claiming climate change caused three hundred billion dollars in economic and insured property losses in 2021. This claim is false.

The author of Market Watch’s piece covering the report, titled “Climate change fueled 3rd costliest losses ever in 2021 — less than half of that property was insured,” says a scientific consensus agrees that global warming has been causing more extreme weather events.

“Natural disasters happen every year, but the collective scientific community has warned that warming global temperatures create more extreme weather, sometimes pushing hurricanes further inland or extending what is typically thought of as storm season for a particular region.” The author said.

The report itself sings a familiar tune:

“The reasoning behind the increased frequency of large-scale weather events in 2021 is complex. The influence of climate change is notably evident in the case of tropical cyclone and extreme rainfall / temperature behavior, which aligns with scientific research that storms will become more intense, individual events will bring heavier rainfall amounts, and temperatures will reach new heights (lows).”

There is, in fact, no consensus concerning the causes and consequences of climate change among scientists. Also, concerning extreme weather events, even the U.N. Intergovernmental Panel on Climate Change admits to having only low confidence that there has been any upward trend in extreme weather, or that it is caused by climate change.

In reality, as explored in Climate Realism, here, expanding population centers with increasing numbers of people moving into areas historically prone to natural disasters, and building more expensive properties there, are responsible for rising insurance losses, not changing weather patterns.

Aon also hedges their claim by confirming that larger populations are part of the reason for the losses.

As the world moderately warms, most extreme weather, like hurricanes and tornados, have flatlined or are trending down—as has been covered extensively at Climate at a Glance. So the claim that climate change is even partially responsible rising insurance costs is blame-shifting at best, profiteering through the use of scare tactics at worst.

AccuWeather Says Hurricane Ian Could Become Cat 4 or Not, Depending...

No, USA Today, Heat Waves Are Not the “Top Weather-Related Killer”