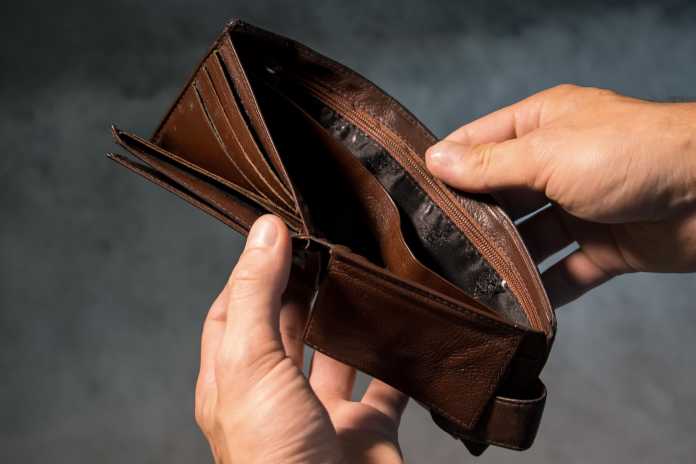 An article in The National Pulse discusses a recent study which shows the enormous economic costs that would be imposed to hit net zero carbon dioxide emission commitments by 2050, as proposed by several national governments and endorsed by the United Nations. The costs are far higher than claimed by climate activists. The study shows every sector of the economy and probably every person’s life would be effected to some degree or another. Yet the transition would likely fail to prevent temperatures from rising by 1.5℃.

According to the report, the economic cost as the transition are a staggering $275 trillion by 2050, or approximately $30 billion per day for the next 25 years. In an almost laughable degree of understatement, the McKinsey reports writes, “our estimates of the annual spending on physical assets for a net-zero transition exceed to a meaningful degree the $3 trillion–$4.5 trillion total spending estimates that previous analyses have produced.”

As high as these figures are, McKinsey doesn’t claim its analysis is comprehensive.

“In particular it does not focus on such issues as technology breakthroughs, physical constraints related to scale-up capacity and the availability of natural resources, delayed-transition costs, the role of adaptation, or other imponderables or uncertainties, nor have we yet modeled the full range of economic outcomes likely under a net-zero transition. As a result, it is likely that real outcomes will diverge from these estimates, particularly if the net-zero transition takes a more disorderly path or restricting warming to 1.5°C proves unachievable. Spending requirements could be higher, for example due to the additional investment needed to maintain flexibility and redundancy in energy systems, or heightened physical risks and commensurate adaptation costs.”

Nor does the report address expected political losses occurring in the process of transition, via special interest lobbying and the operation of government itself. For each and every significant policy change, those who expect to be harmed or disadvantaged by the change, and those who expect to benefit from or be advantaged by it devote massive amounts of money and resources to shape the legislation as much as possible to their favor. In addition, significant money, resources, and manpower are diverted to government agencies to establish rules and mandates for the transition, monitor its implementation and measure its results, and to police the programs and punish lawbreakers.

Losses to transaction costs are high for every significant piece of legislation. How much higher will they be for the kind of comprehensive economy wide economic redesign described by McKinsey as necessary to reach net zero.

To some degree, McKinsey’s analysis presents a best case scenario, “if all goes right, the transition is smooth with no unexpected technological failures or resource shortages, no cheating, and government operations are efficient,” then the costs of hitting net zero will only be $275 trillion by 2050.

… Achieving net zero would mean a fundamental transformation of the world economy, as it would require significant changes to the seven energy and land-use systems that produce the world’s emissions: power, industry, mobility, buildings, agriculture, forestry and other land use, and waste.”

Even the complete economic overhaul described by McKinsey, may not be enough to prevent the supposed climate crisis.

“First, it is not clear whether a 1.5°C scenario is achievable in the first place, nor what pathway the world would take to achieve it if it were,” writes McKinsey. “Indeed, even if all net-zero commitments and national climate pledges were fulfilled, research suggests that warming would not be held to 1.5°C above preindustrial levels….”

A forced economic transition greater than any in history, at costs which exceed any in history, and far above what has been previously estimated; that’s what net-zero requires. Yet, the result is likely to be for naught with the dreaded 1.5℃ temperature rise still exceeded.

The good news is that, the massive forced transition to net zero is not necessary, even if it were possible and governments and industries could be relied up to carry it out efficiently and without corruption.

As shown in the myriad fact sheets provided a Climate at a Glance, extreme weather is becoming neither more common nor more severe, and a modest 1.5℃ temperature rise does not threaten to destroy either human civilization or the Earth. The Earth abides, and humans have lived through more severe and dire climate changes in the past than any that could reasonably be expected to result from rising greenhouse gas emissions in the future.