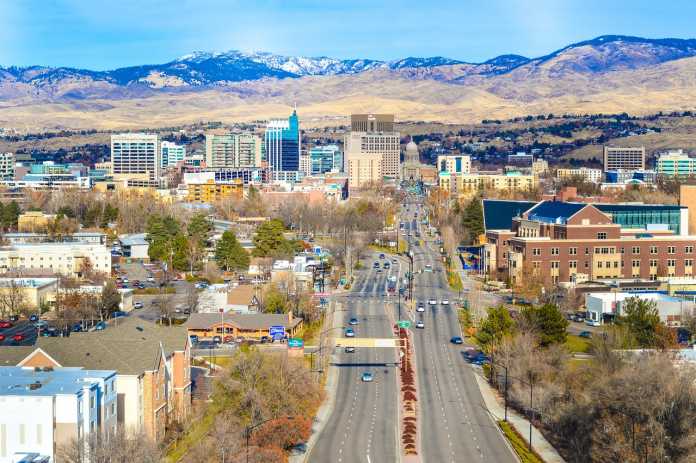 Boise State Public Radio published an article this week promoting climate misinformation from the University of Idaho. While the two universities teamed up to paint a dark picture of climate change in the Idaho, objective data destroys the universities’ climate myths.

The Boise State article, titled “How climate change might affect Idaho’s economy,” extensively quotes Katherine Himes, director of the University of Idaho’s McClure Center for Public Policy Research. The McClure Center recently published a two-page flyer titled, “Idaho Climate-Economy Impacts Assessment.” The flyer claims temperatures in Idaho will rise between 6 and 11 degrees Fahrenheit by the year 2100. The flyer also claims global warming will cause between 10 and 30 percent less precipitation to fall during Idaho summers.

In reality, as documented in the Heartland Institute’s Policy Brief: “Climate Change and Idaho: A Scientific Assessment,” National Oceanic and Atmospheric Administration (NOAA) data show Idaho temperatures have been rising at a pace of only 0.1 degree Fahrenheit per decade. That translates to just 0.8 degrees of warming by the year 2100, not between 6.0 and 11.0 degrees as the McClure Center asserts. Indeed, the modest pace of current warming would instantly need to increase at least eight-fold, and maintain all of that eight-fold increase for the next 80 years, for temperatures to meet even the bottom end of the McClure Center’s temperature projections. Such projections are simply absurd.

Moreover, “Climate Change and Idaho: A Scientific Assessment” documents that NOAA data show an increase – not a decrease – in Idaho precipitation as the planet modestly warms. Importantly, summer precipitation is increasing at a higher rate than other seasons. For Idaho summer precipitation to decline by 10 to 30 percent during the remainder of the century, the long-term trend of increasing precipitation that accompanies modestly warming temperatures would need to suddenly reverse itself and maintain that reversal for the next 80 years. The flyer presents no good reason why atmospheric physics would suddenly reverse and behave differently than has been the case during the past century of modest warming.

Make no mistake, climate change is assisting rather than harming Idaho’s economy. The objective scientific data make that undeniable for everybody except agenda-driven climate alarmists.