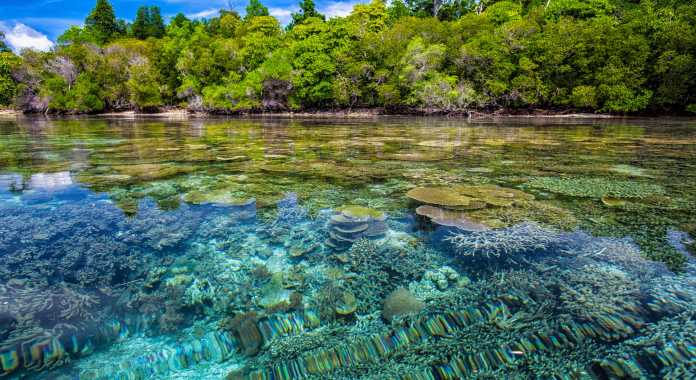 A story in The Hill is publicizing research which claims most coral reefs are doomed because of climate change induced warmer oceans. This is false. Most coral reefs are thriving, having evolved during periods when oceans were warmer than at present. Research indicates that recent coral reef bleaching events have been the result of other factors than climate change, with most corals recovering and becoming more resilient.

The Hill is referencing a study published in PLOS Climate. The study relied on climate model projections of future ocean temperatures, and modeled coral responses. In a statement, biologist Adele Dixon, Ph.D. lead author of the study, said, “Our finding reinforces the stark reality that there is no safe limit of global warming for coral reefs.”

As discussed in Climate Realism and Climate Change Weekly, the U.N. Intergovernmental Panel on Climate Change has been forced to admit its model projections of temperatures are unreliable, predicting much hotter temperatures in response to rising greenhouse gas emissions than actual measurements demonstrate. As such, to the extent that the PLOS Climate study’s conclusions are built on flawed climate models, they are as unreliable as the models themselves.

Evidence from the field, from coral reefs around the globe, also indicate the vast majority of corals are not, in fact, endangered by rising temperatures.

As explored in previous Climate Realism reports, here, here, and here, for example, corals evolved when the oceans were much warmer than at present and require warm waters to thrive. As a result corals have been expanding their range in response to modestly warming ocean waters. Most of the corals that have bleached in recent years have recovered. Where corals have not recovered, their bleaching and death has been tied to coastal pollution, including from chemicals contained in sun screen, siltation from development, and agricultural run-off.

According to the Phys.org story, titled “Half a trillion corals: World-first coral count prompts rethink of extinction risks,” the number of corals in the Pacific Ocean alone exceed half a trillion. There are likely trillions more globally.

The scientists involved in the research say the sheer number of corals and coral species means the risk of extinction due to climate change is vastly lower than previously claimed.

And that is just the data on known coral reefs. In the past month researchers announced the discovery of a previously unknown and evidently pristine coral reef off the coast of Tahiti, in waters previously thought too deep to host corals.

“The reef off Tahiti lies in the “twilight zone” 30 to 120 metres below the surface where there is still enough light for coral to grow and reproduce. The discovery off Tahiti’s shores suggests there may be many more unknown large reefs in our oceans, given that only about 20 per cent of the entire seabed is mapped, according to UNESCO scientists.

Corals face many threats: pollution from coastal development, agricultural run-off, disturbances from divers, and swimmers use of sunscreen which contains chemicals which can damage coral, climate change is not foremost among them. Real world data indicate coral are much more numerous that previously known. Also, evidence from the field suggests corals have proven over eons to be adaptive to climate change. These two factors among others indicate that with a modicum of care on our part to reduce reef habitat pollution, we need not fear coral colonies will be significantly diminished, much less driven to extinction, by climate change.