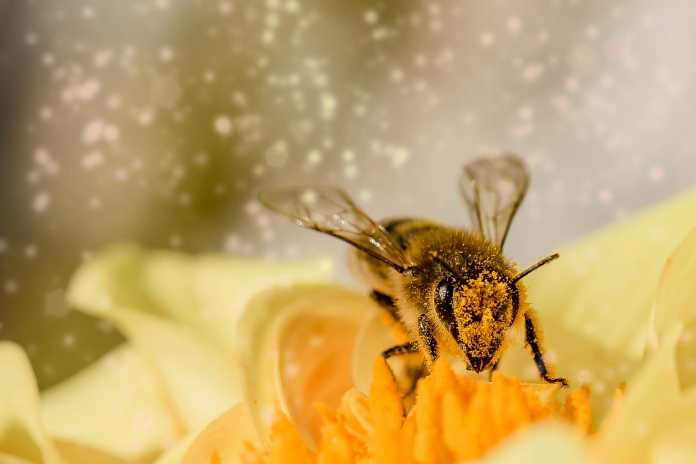 A story by Seth Borenstein published by the Associated Press, titled “The Big Sneeze: Climate change to make pollen season nastier,” complains the modest warming experienced over the past century has lengthened allergy seasons. This may be true. However, it ignores the larger, more important point, that a longer pollen season is a result of a longer and more productive growing season for plant life. Despite the implications for allergy sufferers it is perverse to claim conditions which enhance plant growth are a negative development. Enhanced plant life is a clear net benefit – not harm – of climate change.

Climate change has already made allergy season longer and pollen counts higher, but you ain’t sneezed nothing yet.

Climate scientists at the University of Michigan looked at 15 different plant pollens in the United States and used computer simulations to calculate how much worse allergy season will likely get by the year 2100. It’s enough to make allergy sufferers even more red-eyed.

As the world warms, allergy season will start weeks earlier and end many days later — and it’ll be worse while it lasts, with pollen levels that could as much as triple in some places, according to a new study Tuesday in the journal Nature Communications.

As Climate Realism explained when addressing the seasonally raised claim, here and here, for example, bad news for allergy sufferers is good news for the planet. One bit of evidence for this comes from NASA. The agency’s satellite measurements show the “longer, warmer growing seasons caused by climate change,” along with more atmospheric carbon dioxide, are spurring a tremendous greening of the Earth. NASA reports these factors have produced a 10 percent increase in global plant life across the past 20 years.

“The Sahara Desert and other desert regions are shrinking and being filled with life,” notes the Climate Realism article, commenting on NASA’s report. “Areas with existing plant life are becoming more lush with vegetation.”

These expanding, lusher ecosystems are good for pollinators, animals, and humans. Both crop and non-crop plants evolved when carbon dioxide levels were much higher than today and do better (grow faster and larger) as carbon dioxide levels increase. Thousands of experiments and the actions of agronomists, botanists, and greenhouse operators worldwide confirm this.

One study involving 32 researchers representing nine countries, published in Nature Climate Change, using three long-term satellite-derived leaf area index (LAI) records and 10 global ecosystem models from 1982 through 2009, found “a persistent and widespread increase of growing season integrated LAI (greening) over 2I 5% to 50% of the global vegetated area, whereas less than 4% of the globe shows decreasing LAI (browning).” The study traced this global greening directly to the carbon dioxide fertilization effect, reporting that it explains 70% of the observed greening. Satellites show areas of desert are being reclaimed by vegetation as carbon dioxide levels have increased.

People generally spend more time outdoors and exercise more in warmer weather, which does exposes them to pollen, exacerbating some allergies. However, such activities also produce obvious health benefits.

Leave it to Borenstein and the AP to raise alarm about climate change extended allergy seasons while ignoring the fact this is by-product of a greening world, with more, larger, faster growing trees, plants, grasses, and food crops. This greening has contributed to the largest decline in global hunger in history, and the greater plant growth not only removes carbon dioxide from the atmosphere, but the allergy causing pollen it emits is great for pollinating insects like bees, and birds. Perhaps, if Borenstein and his corporate media employers write on this topic again, they might provide some balance to their stories describing the positive impacts of a greener world as well as the drawbacks.