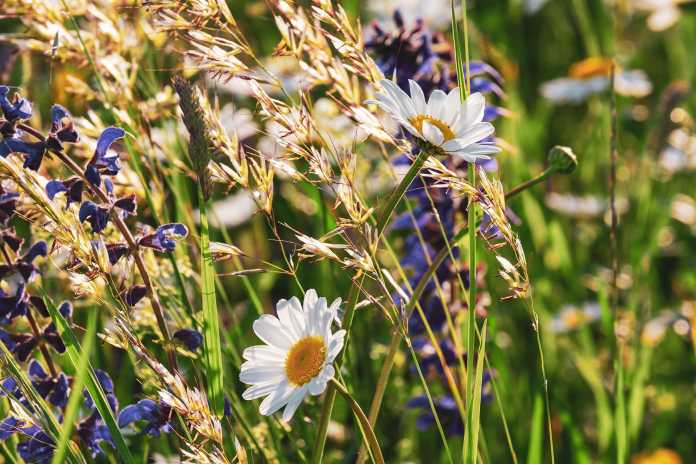 On Monday, U.S. News & World Report (USNWR) became the latest corporate media outlet to run a seasonal story saying climate change is making life harder for allergy sufferers. This is likely true, but the story lacks balance and context. The USNWR’s story ignores the more important point that the allergy season is longer because the planet is greening. Earlier springs and expanded areas of more verdant plant growth is good for the Earth’s human, animal, and insect populations.

A story posted by USNWR written by Health Day News reporter Serena McNiff, titled “Worsening Allergy Seasons: Is Climate Change to Blame?,” references a recent Harris/Health Day poll in which roughly half of the allergy sufferers surveyed indicated they believed their allergies had become worse or started earlier in recent years. Interestingly, the other half of the respondents said they were not suffering more severe or earlier allergy symptoms now that before.

Despite this mixed result, McNiff wrote:

The trend towards more prolonged and intense pollen seasons is likely to become increasingly unmistakable to those affected as global warming progresses.

“The people who are saying [their allergies] seem to be getting worse, they very well could be having more problems based on the scientific data that we have on temperature increase and pollen increase,” said Dr. Stanley Fineman during a HealthDay Now interview. Fineman is an allergist at Atlanta Allergy & Asthma and a former president of the American College of Allergy, Asthma and Immunology.

“If we continue to have as much warming trends as we’re having, we’ll likely see higher and higher pollen counts with the seasons starting sooner,” he said.

The big picture is, however, harder times for allergy sufferers is a negative side effect of earlier springs and lusher plant growth, which is, on balance, positive.

One bit of evidence for this comes from NASA. The agency’s satellite measurements show the “longer, warmer growing seasons caused by climate change,” along with more atmospheric carbon dioxide, are spurring a tremendous greening of the Earth. NASA reports these factors have produced a 10 percent increase in global plant life across the past 20 years.

Reporting on NASA’s findings, Climate Realism notes, “The Sahara Desert and other desert regions are shrinking and being filled with life. Areas with existing plant life are becoming more lush with vegetation.”

These expanding, lusher ecosystems are good for pollinators, animals, and humans alike.

One study involving 32 researchers representing nine countries, published in Nature Climate Change, using three long-term satellite-derived leaf area index (LAI) records and 10 global ecosystem models from 1982 through 2009, found “a persistent and widespread increase of growing season integrated LAI (greening) over 5% to 50% of the global vegetated area, whereas less than 4% of the globe shows decreasing LAI (browning).” The study traced this global greening directly to the carbon dioxide fertilization effect, reporting that it explains 70% of the observed greening.

In addition, people generally spend more time outdoors and exercise more in warmer weather, which does exposes them to pollen, exacerbating some allergies. However, such activities also produce obvious health benefits.

For humanity, perhaps most the most important beneficial effect of longer growing seasons is that they have boosted crop production. New crop production records have been repeatedly set for cereal grains, fruits, tubers, and vegetables, in recent years as growing seasons have expanded. As the Earth has greened and crop production increased, hunger, malnutrition, and starvation have declined dramatically around the globe.

Although no one should dismiss the plight of allergy sufferers resulting from the greener world, allergies are by and large treatable. On the whole, the positive benefits of a greener world for plants, humans, other animals, and insects alike mean the bad news for allergy sufferers is good news for the planet. This is a fact USNWR’s readers would have benefitted from hearing. Balanced, honest reporting, not one sided alarm, should be the goal when presenting the big picture facts on climate change for any credible news outlet.

Sorry, Associated Press, a Greener World Is a Blessing, Even if...