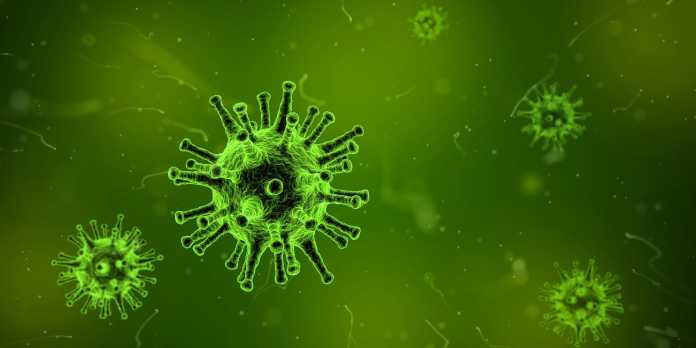 Editor’s Note: Multiple mainstream media outlets, for example,  U.S. News & World Report, The Atlantic, and Forbes, have recently published articles tying climate change and the COVID-19 pandemic together; claiming that viruses and pandemics may increase as a result of warming. In a recent post, Climate Depot founder Marc Morano explains, though often repeated over the years, these claims are false. Each report references a single study published in Nature, to back support their alarming stories of rampant future pandemics absent actions to fight climate change. As Morano and previous Climate Realism posts, for instance, here, here, and here, show, these reports and the study they reference, are refuted by dozens of reports indicating viruses and pandemic are more prone to take root and spread during cold periods rather than in warmer eras.

“The climate movement is now merging their focus on linking viruses to “climate change” and thus making fighting climate change a part of fighting deadly viruses. Global warming promoters know that they should never let a crisis go to waste. They are pouncing on any opportunity to inject climate change into the COVID-19 issue.

They want to keep both climate and COVID fears humming along to push their so-called solutions, so what better way than to merge the two issues!? Worried about COVID-19, then support the UN Paris climate pact, the Green New Deal, carbon taxes, etc., or else you are a gramma killer!

The activists will then attempt to piggyback efforts like the Green New Deal as a part of future virus-fighting strategies. Already, media reports are claiming more Green New Deal Style policies are needed because ‘efforts to cut greenhouse gas emissions may not be enough to stave off the increased transmission of viruses between species.’ Doctors are now clinically diagnosing patients with ‘climate change” and there are calls from academics to add ‘climate change’ as a cause of death on death certificates. In short, climate change can no longer survive on its own, it needs to be linked with COVID fears to prop it up as a concern.

The climate establishment spent decades trying to scare us about overpopulation, global cooling, the amazon rainforest (allegedly disappearing), and finally, climate change and they utterly failed. A virus came along in 2020 and they realized that this cut across ideologies, cut across political affiliation and they were able to declare an emergency and suspend normal democracy. They were able to achieve their one-party state with an unelected bureaucracy.

Meanwhile, the data does not support this latest speculative computer model COVID/Climate scare story: See: H. Sterling Burnett’s analysis: Science Crushes Claimed Link Between COVID & Climate– ‘In reality, if a modestly warming Earth has any impact on viruses and pandemics, it is to make them less likely and less severe…Historically, we know that the Black Plague arose and ran rampant in Europe and elsewhere during the Little Ice Age.’

Marc Morano is the publisher of the award-winning ClimateDepot.com, a global warming and eco-news center founded in 2009. Morano was named one of only five “criminals against humanity, against planet Earth itself” in 2009 by the eco-magazine Grist.