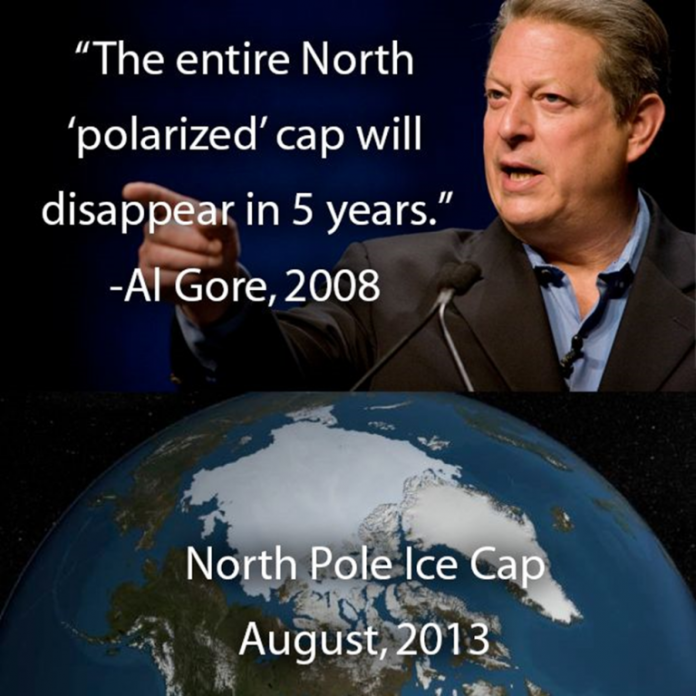 On July 24th on  Meet the Press, Chuck Todd interviewed Al Gore suggesting he is a prophet. Todd ignored all Gore’s failed predictions but started by fearmongering a mix of troubling headlines that have nothing to do with CO2.

You know, this week felt like your PowerPoint from Inconvenient Truth come to life.

Some of the headlines: The Colorado River having to do water rations, the Monarch butterfly declared an endangered species. We had the ice melt in Greenland, record high temperatures in the UK, wildfires in France and Greece, the Rio Grande is running dry in New Mexico. It’s here. How much do you look back at what you warned and suddenly you see it come to life?

Midway through the interview Gore then disgustingly suggests those who don’t act on climate change are similar to Uvalde police who did not act to save the children from being massacred. Their fear mongering knows no bounds!

You know, the climate deniers are really in some ways similar to all of those almost 400 law enforcement officers in Uvalde, Texas, who were waiting outside an unlocked door while the children were being massacred. They heard the screams, they heard the gunshots, and nobody stepped forward. And god bless those families who’ve suffered so much.

The interview was so disgusting I almost puked.

Just to clear up some Todd’s dishonest ignorant statements and omissions:

2. The lack of water in Colorado and Rio Grande has nothing to do with greenhouse gases. It is partly due to how humans are using that water and partly due to atmospheric circulation not delivering the rains. Global warming should increase the rains that fall during the summer monsoons, not reduce the rains.

3. The Monarch butterfly’s greatest die-off happened in the winter when they froze to death. Added to that fact, the Monarch’s main food is the milkweed plants, a weed that competes with crops. So milkweed is being eliminated where it grows between crop rows.

4. All Mediterranean climates like California experience dry, hot summers, and thus are always fire prone. Localities should expect fire frequencies ranging from every 10 to 60 years. Fires in France and Greece are to be expected.