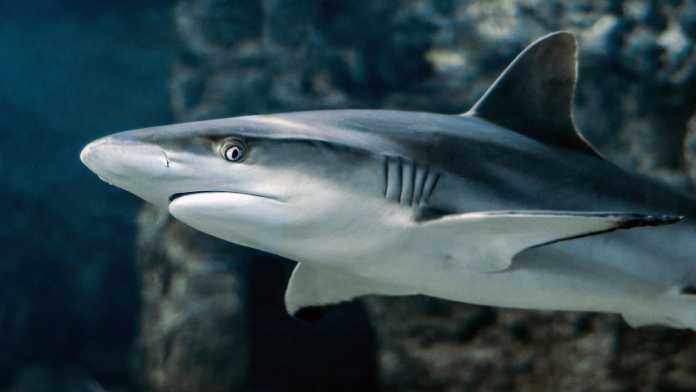 As more people flock to the beaches this summer, it is also bringing more people into closer contact with sharks. Consequently, there is an uptick in shark encounter stories in the news. Multiple mainstream media outlets have blamed recent shark attacks on the east coast to climate change induced warming ocean temperatures. This attribution is false.

Local news stations, The Daily Mail, Salon, and other corporate media sources claim that climate change is causing warmer ocean temperatures that bring more sharks closer to shore. They also claim that La Niña is amplified by climate change or, in some stories, vice versa. However, Climate Realism has previously pointed out in a post, here, that data show this is not the case. By contrast, the New York Post spoke to real marine researchers, not climate alarmists, who explained that a major food source for sharks has recently exploded in New York, drawing the predators closer to shore.

Some shark species do prefer warmer temperatures. So do people. Indeed, ever greater numbers of people flocking to the beaches during this hot summer is certainly a contributing factor to more people coming into contact with sharks. Other factors behind the seeming increase in the number of shark bites is improved bite reporting and 24 hour a day global news coverage, and increased numbers of baitfish and other prey near increasingly popular beaches.

In the Post’s article, “State conservation bill from ‘19 could be to blame for increased shark presence,” writer Katherine Donlevy explains that conservation efforts to save small fish called Atlantic menhaden have caused a population explosion near Long Island. The bill strictly limits how many menhaden fishermen can catch, and through what methods. Senate Bill S2317 even explains that it is important to protect menhaden because they are food for sharks.

Great whites and other sharks have been coming close to Long Island beaches this year to feast on a particular kind of bait fish that has been flourishing in New York waters ever since the state legislature voted unanimously to preserve it three years ago.

With the population of Atlantic menhaden booming, sharks are swimming into shore like tourists bellying up to a buffet, and in the process, they are coming close to bathers — with disastrous results, experts told the Post.

Data from the Florida Museum’s International Shark Attack File, shown below, demonstrate that shark attack numbers are closely correlated to local human population growth. As more people live near and visit coasts and swim in the oceans, the higher the chances they have of encountering ocean predators.

Data comparing beach attendance to shark attacks show the same association. The International Shark Attack File cautions users about using trend-by-decade data, explaining that “scientific and media coverage of shark attack during the early part of this century was far less inclusive than that today.”

Additionally, greater numbers of sharks exist in the world’s oceans due to laws and regulations protecting them from fishing and culls.

To place blame for shark attacks on modest warming is misleading, showing ignorance of the myriad factors that combine to result in shark bite incidents. Claims like this are perpetrated by those who insist on blaming climate change for every single negative occurrence in nature. As in this case, such claims are easily debunked by an examination of real world evidence produced by experts in relevant fields. Let’s also not forget that Discovery Channel’s Shark Week just started, and media attention on shark attacks is always higher in the summer.