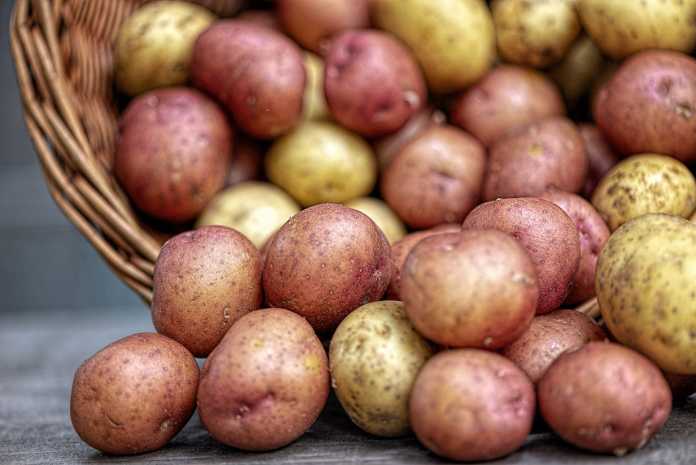 A recent article by BBC News covers research that claims potato crops in the British Isles may be significantly harmed by climate change. This claim does not appear to have any evidence behind it, aside from using questionable climate models that conjure future catastrophic warming that is unlikely to occur. Additionally, history shows that potato yields have increased over time, and it is extended cold, wet weather that has proven most disastrous for potato crops in Europe.

The BBC News article, “Is climate change putting the potato at risk?” quotes James Hutton Institute (JHI) researchers about their studies on different potato types and their resistance to high temperatures. Executive Director of science at JHI, Lesley Torrance, claims climate change presents an existential threat to potato crops. The piece goes on to explain that “crop simulation research by the institute has modelled what are called plant heat stress days.”

These models project that there will be as many as 60 heat stress days per year in parts of England and Scotland, which researchers claim will significantly decrease the yield of potatoes.

Of course, that is assuming that the inputs, or the base scenarios used to project future temperatures used for the models, are correct. More likely than not, however, the models are running hot.

Climate Realism has previously demonstrated in posts like “Two Studies Confirm Climate Models Are Overheated,” and “Hooray! Some Scientists Honestly Reporting That Climate Models Run “Too Hot” among others, that current temperature modeling is unreliable. This is particularly true for the latest generation of models (CMIP6), in which one model in particular, which is very popularly used in climate research, called Representative Concentration Pathway 8.5 (RCP8.5) produces “implausibly hot” future warming. Multiple peer-reviewed studies have criticized this model and others for overstating warming, and for the practice of averaging model estimates, which results in a significant warming bias that does not track with observed temperature data.

Regardless of model overestimations, the modest warming that has occurred since the end of the Little Ice Age has not had any measurable effect on potato yield in the United Kingdom. Data on production and yield from the United Nations Food and Agriculture Organization (shown in the Figure below) show that, while production of potatoes has declined since around the 1970s, crop yields have grown, with the exception of very recent declines. A wetter-than-usual growing season in 2012 dealt a serious blow to both production and yield.

The total area used for potato crops has shrunk by half in the UK, and according to potato industry statistics, registered potato growers have declined from 70,000 to 3,000. Just a few years ago, in 2014, BBC News ran a story covering a report that showed the UK’s food-producing farmland is shrinking, due to population increases, pressure on farmers to grow more bio-energy crops, and policies that require farmers to set aside more and more property for natural preserves.

On the other side of the Atlantic, the United States set a record for potato yields as recent as 2019, as Climate Realism shows, here. Worldwide potato production and yield have steadily increased over time, which is also shown in the figure below. 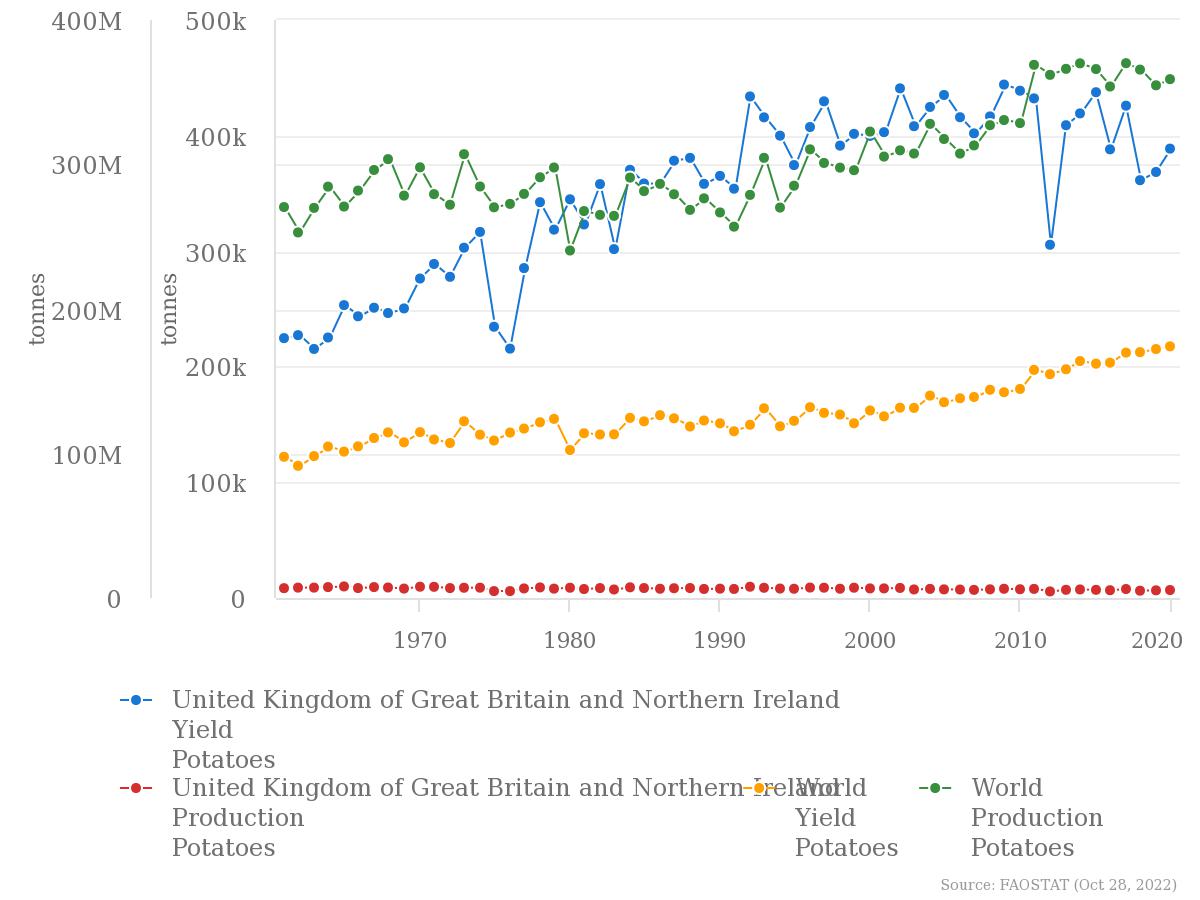 Additionally, potatoes may very well be a “cool weather crop,” relatively, but historically have suffered the worst in Europe under extreme cold conditions. This came into play famously during the Little Ice Age, when conditions were favorable for diseases that potatoes are susceptible to, like blight.

In 1845, cool, damp weather conditions led to severe blight and the destruction of potato crops in Ireland and other parts of northern Europe, which became known as the Irish Potato Famine. Still more died in the even colder year of 1740-1741, known as the Great Frost of 1740.

Journalists, like those at BBC News, are not familiar with the real-world history and data of crop production, and seem to consistently present model projections as real-world data, which they are not. While it is a good idea to cultivate more variety—making it so that more crops can be grown in different climate regions around the world—the premise that current varieties of potatoes will soon be unable to be grown in England and Scotland is guesswork at best. Improved farming technology makes crops less susceptible to disease and pests, and hardier for a variety of growing regions. Tossing a climate spin on crop research does nothing but muddy the water.