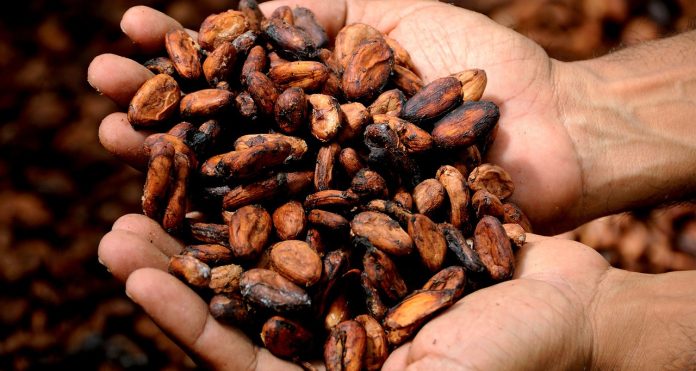 For more than 40 years, Jean Baptiste Saleyo has farmed cocoa on several acres of his family’s land in Ivory Coast, a West African nation that produces almost half the world’s supply of the raw ingredient used in chocolate bars.

But this year Saleyo says the rains have become unpredictable, and he fears his crop could be yet another victim of climate change.

“When it should have rained, it didn’t, it didn’t rain,” Saleyo said as he inspected the ripeness of one of his cocoa pods. “It’s raining now, but it’s already too late.”

Farming is always dependent on the weather and, ask any farmer, the weather is fickle—weather patterns are not consistent each year. Droughts come and go, and a single year’s “unpredictable” rainfall is not an indication of climate change. As pointed out at Climate Realism in multiple articles, here and here, for instance, weather is not climate and it is illegitimate to conflate them.

Just as there is no evidence the weather in Ivory Coast this year has been altered by climate change, there is also no evidence that climate change is hampering cocoa bean production. Indeed, real-world data from the United Nations Food and Agriculture Organization (FAO) shows that cocoa bean production grew considerably between 1990 and 2020, even as the earth warmed modestly, setting new records for production multiple times in the Ivory Coast and globally. 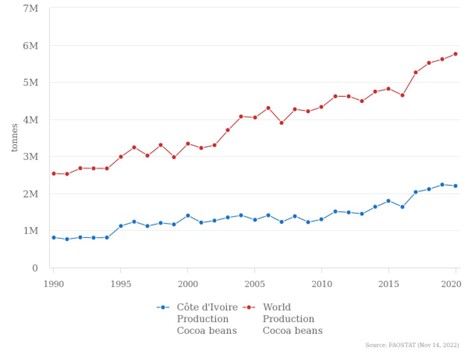 As farm experience indicates and FAO data confirm, cocoa production waxes and wanes from year to year, due to weather, market, economic, and sometimes, political conditions. This is true for other crops as well. However, also, like almost every other crop, the long term production trend for cocoa shows an increase as the climate has changed. This is not surprising, because the fertilizing effect of higher global carbon dioxide levels has boosted plant production and improved rainfall conditions, as explained in dozens of articles posted at Climate Realism.

Rather than stoking climate alarm with misleading anecdotal claims, the Associated Press and ABC News should check the facts about cocoa production, in particular, and crop production, in general. That’s what good news outlets and the journalists writing for them do. Had they checked the facts before going to press, they would have found there is no cause for alarm, cocoa production is benefitting from climate change.