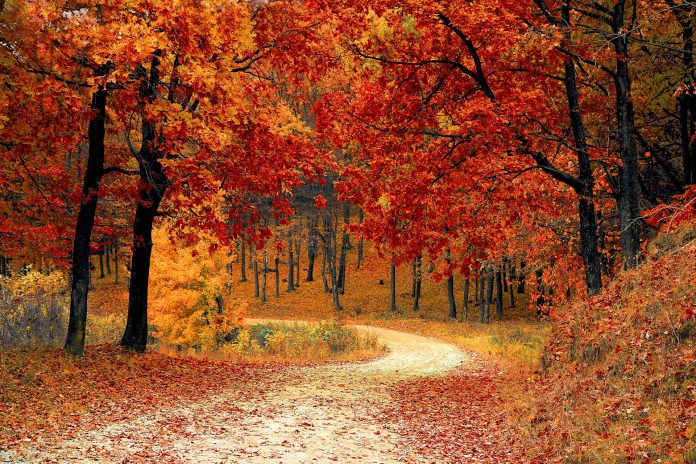 A Google news search for the term “climate change” turns up a Yahoo News article claiming that autumn weather is disappearing, and is being replaced with an abrupt change from hot summer temperatures to frigid early winter. This is false. Cold snaps, and even heavy snowfall, are not unusual in the fall, and data show no evidence of a significant change from past transitions from summer to fall when compared to more recent ones.

In the article, “What happened to autumn? Scientists point to climate change,” writer Ben Adler claims that “experts” say the season of autumn has “all but disappeared.” To Adler’s credit, he interviews two climate researchers – one of whom, Judah Cohen, enthusiastically supports Adler’s narrative, but the other is slightly more hesitant to agree.

“We’re seeing this weather whiplash here in the fall, where it can be so warm, it can have record warm temperatures, and then very quickly we can transition into a very cold period,” Judah Cohen, director of seasonal forecasting at Atmospheric and Environmental Research, told Yahoo News.

Experts such as Cohen say climate change is a factor. Weather is fluky, and it’s impossible to ascribe most individual events to climate change, but climate change is creating the conditions, starting with a longer, hotter summer, that make fall-less years more likely.

“Weather whiplash” is not among the approved meteorological terms, and appears to be an intentionally sensationalist description of normal weather phenomena like cold snaps. It is not a new claim, as discussed in a Climate Realism post, here, where Sterling Burnett explains that “weather whiplash” is the result of natural conditions like atmospheric river events and others that have been known to occur since recordkeeping began.

One of the pieces of “evidence” pointed out by Adler was the recent colder-than-average temperatures in October and November, and record-breaking snowfall in Buffalo, New York. The Buffalo Niagara International Airport measured a local record of 21.5 inches falling in a single day, making it the second highest single-day snowfall in November for the area. The number one spot is taken, according to local weather data, by November 20, 2000, which saw 24.9 inches of snow in a single day. While the record-breaking quantity is impressive, November snowfall is not unusual for Buffalo. Records show that “extreme daily snowfall” in November has occurred since at least 1913.

A second scientist interviewed by Adler, Matthew Barlow, professor of climate science at the University of Massachusetts Lowell, indicated that although he believed warm weather is sticking around later in the fall, he doesn’t think there is sufficient solid evidence to claim that summer is quickly transitioning into winter, or that global warming increasing the occurrences meteorological trend disruptions which might lead to such rapid transitions.

“There isn’t a consensus on that, I think, yet, on whether there’s an increased breakdown or stretching of the polar vortex, or whether the jet stream is getting wavier, at least in the North Atlantic. There definitely is some evidence of that, but I don’t think there’s a consensus,” Barlow told Yahoo News.

This is correct, there is no scientific consensus on whether or not the jet stream has changed in such a way that would increase the probability of severe cold snaps. Evidence to the contrary exists, for example in Climate at a Glance: Cold Spells, collected data show there is actually more evidence pointing towards fewer cold temperature extremes. This is a reason to celebrate, actually, because cold weather is responsible for ten times as many deaths as extreme heat, according to peer-reviewed mortality research in The Lancet.

Adler seems to have had a particular conclusion in mind—that fall weather is disappearing due to climate change—and hunted down a researcher who supported his unscientific premise. Following the links in the article lead you into a never-ending spiral of news articles making unsubstantiated claims, without a data driven study in sight. That’s because there is no data supporting the claim that normal seasonal transitions are being disrupted, with summer bypassing fall and going straight to winter. Yahoo News should celebrate an overall decline in harsh cold weather conditions, rather than try to upset readers over the questionable “loss” of their favorite season. Contrary to Yahoo News claim, fall is here to stay.