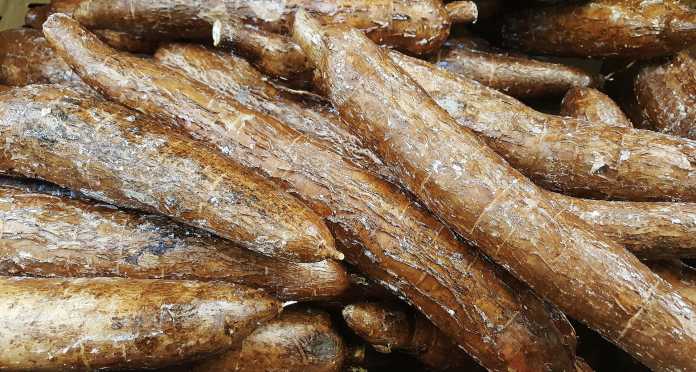 At the top of Google News searches this morning for “climate change” is an article suggesting climate change imperils cassava crops in Africa and tropical regions by boosting diseases and pests that threaten cassava. Buried in the article, “Impact of Climate Change on Pests and Diseases of Cassava Crop,” is a lack of any evidence of worsening diseases and pests. To the contrary, objective data show rapidly rising cassava production as the world warms. Indeed, the UN Food and Agriculture Organization (FAO) reports global cassava production is enjoying long-term growth, with the past 10 years providing the 10 years with the highest ever cassava production.

Cassava is a starchy crop that is a staple food for 800 million people worldwide, including 500 million in Africa alone. Cassava is one of the most important crop in tropical regions. Cassava thrives in high heat, and can tolerate varying rainfall prevalence.

Buried in the manufactured concern about cassava production, the article acknowledges, “cassava is a crop which will likely be highly resilient to future climate change stressors.”

Data from FAO expand on Tridge’s findings. According to FAO, total cassava production has grown significantly faster than the area devoted to production, illustrating large increases in yields per acre as well as total production.

The report provides no evidence diseases or pests worsening as the climate warms. Even if that were the case, the bountiful increases in cassava production are clearly much greater than any incidental increase in pests or disease, as shown in the overall crop data.

So, when you see today’s Climate Scare of the Day raising concern about cassava production, feel free to enjoy a guilt-free partaking of your favorite tropical foods.

Video: CO2 is Not a Pollutant!