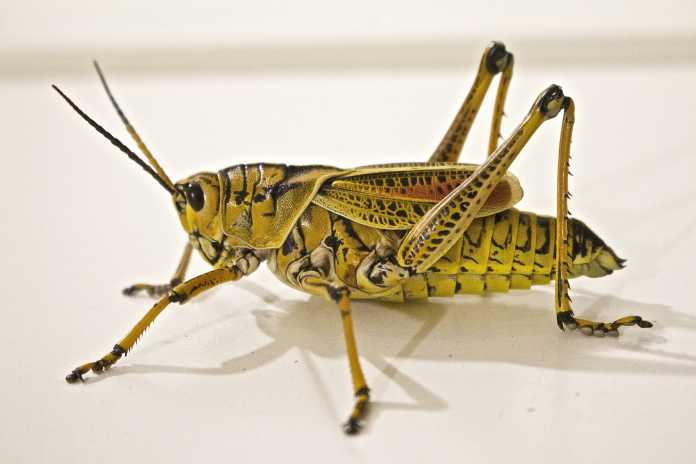 Climate activists are pressing a narrative that climate change is causing an African crisis by dramatically increasing locust populations. Climate Realism has pointed out that this is hardly a crisis (see here and here). Locusts, like nearly all plants and animals in arid East Africa, are benefiting from more abundant rains, more abundant crops, and more abundant vegetation. That’s a good thing. But let’s forget all these wonderful benefits and focus solely on increasing locust populations.

Climate activists and their media puppets have long been telling us that we should eat locusts and a variety of other insects as a climate-friendly alternative to beef and other traditional meats. So, shouldn’t more locusts, in and of itself, be considered a wonderful blessing?

The UK Guardian, for example, published a 2018 article titled, “Would you eat insects to save the planet from global warming?” According to the article, “Edible insects have been hailed as a solution to both global food shortages and reducing emissions from animal agriculture….”

The Hill published a November 2019 article titled, “Get over it already, bugs are great to eat.” According to the article, “It’s not just about persuading humans to swap their beef burger for locusts; insects can also be used as feed for livestock, reducing pressure on forests and oceans that result from harvesting soybean and fishmeal. Farming insects is also better for the climate, as they produce a fraction of the emissions of farming cows.”

The Hill article continued, “Many insect species are rich in protein and macronutrients such as iron and zinc. A study published last year suggested that they could be beneficial for gut health, too.”

So, insects – and locusts in particular – are delicious, healthy, and a low-carbon meat. As abundant rains fall on East Africa this year, more locusts are available for people to harvest and eat. And they’re free; the ultimate egalitarian food.

What’s the problem here? Isn’t this exactly what climate alarmists have been wishing for?