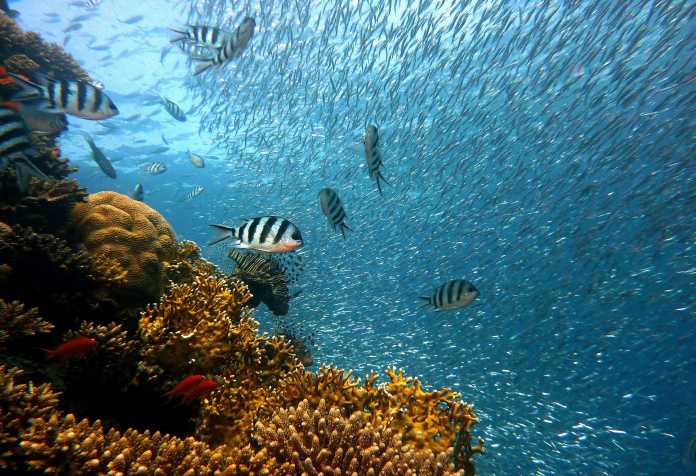 Climate alarmists are back with a new and far-fetched Great Barrier Reef scare, just a few years after their most recent claims of massive coral death in the Reef proved false. No, alarmists, we are not entering a period of “near-annual” widespread bleaching.

Mark Eakin, coordinator of Coral Reef Watch at the U.S. National Oceanic and Atmospheric Administration, told the Australian edition of The Guardian that rising ocean temperatures may have pushed the world’s coral reefs into annual “mass bleaching” events from which corals can’t recover.

However, this year’s bleaching hardly qualifies as the “mass bleaching” Eakin describes. Even The Guardian acknowledged, “Many areas of the Great Barrier Reef are known to have experienced severe bleaching this summer, likely killing many corals, but others, including tourist reefs near Cairns and the Whitsundays, only experienced mild bleaching. Most offshore reefs in the far north escaped bleaching entirely.”

The reefs in the far north, which have “escaped bleaching entirely,” are the ones closest to the equator and thus in the warmest water.

Climate at a Glance: Coral Reefs provides a summary of the scientific evidence regarding coral reefs and climate change. The summary documents that corals have existed continuously for the past 40 million years, surviving and evolving in temperatures and carbon dioxide levels significantly higher than what exists today. Indeed, corals thrive in warm water, not cold water. Among the myriad factors thought to have driven recent coral bleaching episodes are, “oxybenzone (a chemical found in sunscreen), sediment runoff from nearby coastal lands, and cold temperatures like those recorded in 2010 off the Florida coast.”

Australian coral reef expert Dr. Peter Ridd recently debunked claims in 2016 that up to 93 percent of the Great Barrier Reef died during a bleaching event. “At the extreme, 8 percent died,” Ridd reported.

“There’s about the same amount of coral now as there was in 1995,” Ridd added.

“Of all the ecosystems in the world, in fact, the Reef is the one best able to adapt to increasing [temperatures], whether that’s natural or whether that’s anthropogenic. Half a degree temperature change certainly doesn’t cause mass bleaching events.”

Still other peer reviewed studies have indicated modestly warmer oceans cause an expansion of corals’ ranges. For instance, a team of Japanese scientists published a study in the peer-reviewed Geophysical Research Letters indicating corals off the coast of Japan expanded their range as water temperatures increased. The scientists, with access to 80 years of national records from temperate areas of Japan, found corals were expanding poleward as waters warmed, reporting, “[f]our major coral species categories, including two key species for reef formation in tropical areas, showed poleward range expansions since the 1930s, whereas no species demonstrated southward range shrinkage or local extinction.”