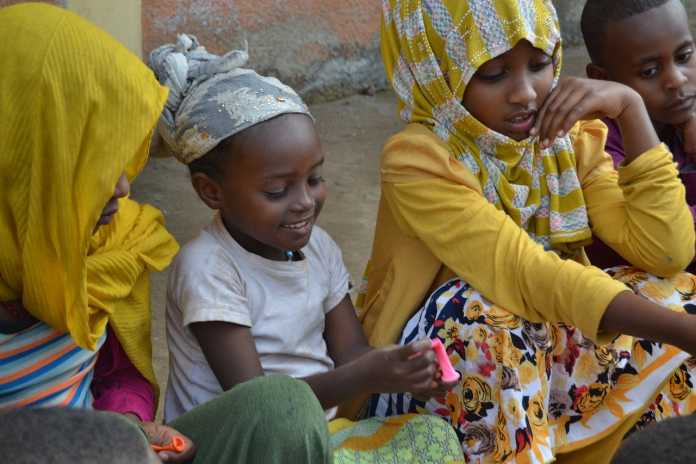 Among the top Google News search results today for “climate change,” an article at Insider.com claims “food insecurity from climate change” is “pushing millions of people into cities.” In reality, Ethiopian crop yields are enjoying consistent, impressive gains, and are setting new records virtually every year. Also, Ethiopia’s rural population is growing, not shrinking, as higher crop yields support more farmers and more food production. The Insider.com article being promoted by Google is a perfect example of the dishonest claims made by proponents of the Climate Delusion.

The Insider.com article, titled “Climate change is pushing millions of people into cities like Addis Ababa. Here’s what rapid urbanization looks like in the Ethiopian capital,” asserts that World Health Organization predictions of a growing Ethiopian urban population prove that climate change is devastating crop production and driving people into cities. But that is faulty logic that defies objective reality. In reality, Ethiopia is benefiting from increasing food production and rapid economic growth in its cities. This economic growth is not forcing people away from the farms, but rather enticing many Ethiopians into cities with better paying jobs and the cultural and social attractions of urban life.

Data from the United Nations Food and Agriculture Organization (FAO), charted below, show remarkable growth in Ethiopian crop yields as the Earth continues its modest warming. Crop yields per acre are currently 80 percent higher than just a decade ago, and double what they were in the year 2000. 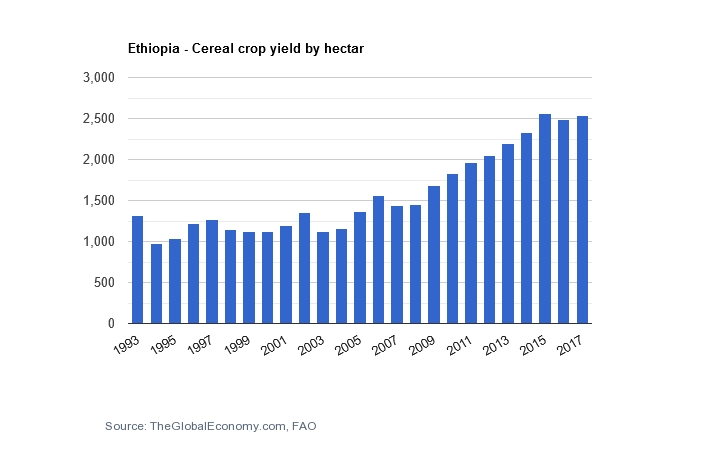 It is amazing that a “news” article at Insider.com can paint this spectacular crop growth and beneficial improvement in nutrition as “food insecurity from climate change.”

About the only thing that is true in the Insider.com article is that Ethiopia is experiencing dramatic urban population growth. However, it is a lie that the urban growth is being caused by climate change destabilizing food production and forcing people into cities. According to the FAO, Ethiopia’s urban areas have added 13 million people since the year 2000. However, Ethiopia’s rural areas have added 28 million people since the year 2000. Ethiopia’s urban and rural areas are gaining population – with rural areas experiencing the largest growth – as increasing crop yields sustain more population and bring more wealth to the nation’s people.

World Bank economic data illustrate this. Per the World Bank:

“Ethiopia’s economy experienced strong, broad-based growth averaging 9.9 percent a year from 2007/08 to 2017/18, compared to a regional average of 5.4%. … Industry, mainly construction, and services accounted for most of the growth. … Higher economic growth brought with it positive trends in poverty reduction in both urban and rural areas. The share of the population living below the national poverty line decreased from 30% in 2011 to 24% in 2016.”

In summary, Ethiopia is enjoying spectacular gains in crop yields that are supporting a rapidly growing population and dramatic growth in both urban and rural populations. The growth in Ethiopia’s urban population is clearly and inarguably a result of spectacular increases in food production and a wealthier population rather than mythical food insecurity. But the easily discernible and reassuring truth doesn’t promote climate alarmism. Therefore, the media lie and invent a false narrative.

U. of Idaho and Boise State Release Misinformation on Idaho Climate