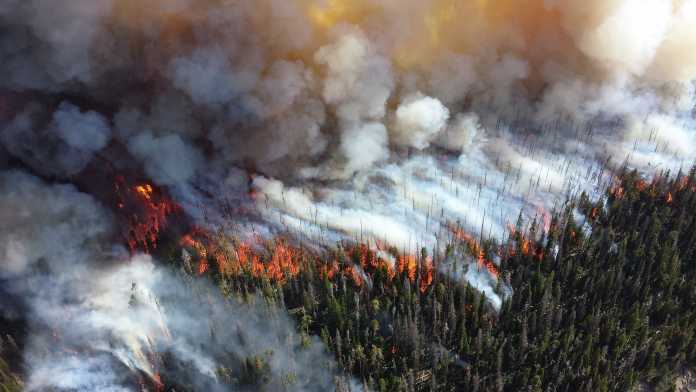 This morning, I joined Myron Ebell (Director of the Center for Energy and the Environment at the Competitive Enterprise Institute) and Steve Milloy (Board of Directors for The Heartland Institute) for a telephonic press conference regarding California’s wildfires and attempts to blame the wildfires on global warming. Media in attendance included:

It is very troubling, and dangerous, for policymakers to blame climate change for wildfires that could have, and should have, been stifled by wise, proactive forest management. Asserting the climate change mantra may prove politically convenient for policymakers to shift attention away from their own poor policy decisions, but such misdirection fails to address the root cause of out-of-control wildfires that kill people, destroy ecosystems, and destroy people’s lives.

During recent decades, policymakers at the federal, state, and local levels have followed the disastrous advice of environmental extremists to prevent active forest management, including proactive thinning of forests, prescriptive burns, thinning of underbrush, and removal of dead trees that serve as super-fuel for forest fires.

A February 2018 report from the California state government documented “California’s forests suffer from neglect and mismanagement, resulting in overcrowding that leaves them susceptible to disease, insects and wildfire.”

For those seeking to blame global warming, instead, for this year’s unusually severe wildfire season, how do they explain the fact that the amount of global land burned by wildfires is in long-term decline? NASA satellites have measured a 25-percent decline in land burned by wildfires globally since 2003. If global warming were to blame for California’s wildfires, we would expect to see a global increase in wildfires. Just the opposite is the case.

National Interagency Fire Center data show much more U.S. land burned in an average year during the first half of the 20th century – many decades of global warming ago – than has been the case in recent decades. That is at odds with the claim that global warming is making wildfires worse. However, policymakers following the dictates of environmental extremists risk a return to the more severe wildfire events of the early 20th century.

The tragic irony is the very policies that we were told were necessary to protect forests and wildlife are the direct cause of an uptick in recent wildfires that are destroying forests and killing wildlife to a far more severe degree than proactive forest management. Blaming global warming rather than the true causes of severe wildfires will merely enable continuing severe wildfires in the future. Let’s stop laying false blame on global warming and instead work together to be sound stewards of our forests and our environment.

The Hill Is Wrong, Climate Change Is Grossly Overemphasized as a...

Climate at a Glance Website Provides Truth vs Wildfire Alarmism

What the media won’t tell you about the Australian wildfires