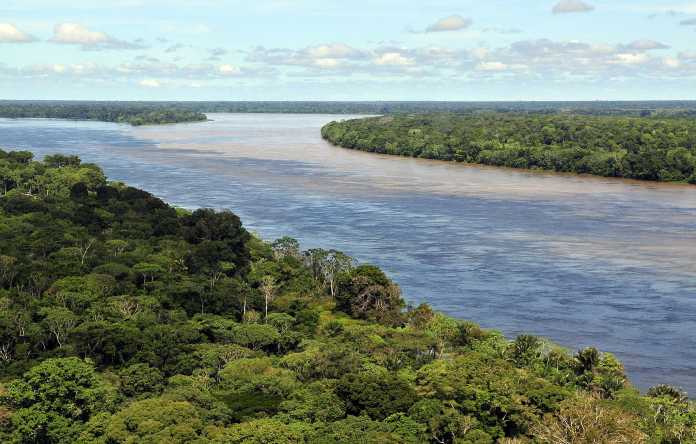 Among the top Google News search results today for “climate change” is an article by the UK Guardian claiming climate change is drying out the Amazon rainforest and pushing it to a “tipping point,” after which it will irreversibly become a grassland savannah. In reality, objective data show rainfall is increasing in the Amazon rainforest as the word modestly warms, making the rainforest less likely to become savannah.

The Guardian article, titled “Amazon near tipping point of switching from rainforest to savannah — study,” asserts:

Rainforests are highly sensitive to changes in rainfall and moisture levels, and fires and prolonged droughts can result in areas losing trees and shifting to a savannah-like mix of woodland and grassland. In the Amazon, such changes were known to be possible but thought to be many decades away

New research shows that this tipping point could be much closer than previously thought. As much as 40% of the existing Amazon rainforest is now at a point where it could exist as a savannah instead of as rainforest, according to a study published in the journal Nature Communications.

The Nature Communications study applies dubious predictions of declining Amazon rainfall to claim the Amazon may begin turning to savannah within decades. Fortunately, scientists have access to actual rainfall data that are more authoritative than speculative models that depend on dubious assumptions. The real-world data show Amazonian rainfall is increasing rather than declining as the Earth continues its modest warming.

In 2018, scientists published a study in the peer-reviewed Environmental Research Letters, examining rainfall trends in the Amazon. Looking specifically at rainfall during the Amazon’s wet season, the researchers reported, “tropical Amazonian precipitation has significantly increased by∼180 to 600 mm(in different datasets)in the wet season during the satellite era from 1979 to 2015.”

Importantly, the scientists determined warming temperatures were the catalyst for more rainfall. “Results show that the multidecadal warming of the tropical Atlantic has contributed more than half of this precipitation change over the past three decades….”