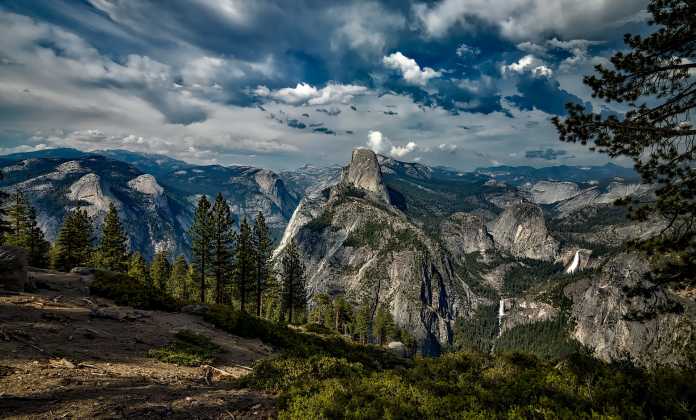 The Washington Post has published an article, “How Escalating Climate Change Fuels California’s Infernos,” that asserts false claims about climate change without providing any meaningful supporting evidence. Data indicate natural conditions and poor land management practices are the main causes of this year’s California wildfires. Climate change is not a factor.

The Post article asserts climate change is causing a “megadrought” in the southwestern United States that is “intensifying western wildfires.” According to the Post, these western wildfires made the wildfire years from 2000 to 2018 “the worst since the 16th century.” Real-world evidence, however, contradicts the claim.

The United States, including the southwestern United States, has not been experiencing record drought in recent years. As reported in Climate at a Glance: Drought, the United Nations Intergovernmental Panel on Climate Change (IPCC) reports with “high confidence” that precipitation has increased over mid-latitude land areas of the Northern Hemisphere (including the United States) during the past 70 years. IPCC also has “low confidence” about any negative precipitation trends occurring globally.

Moreover, the U.S. National Oceanic and Atmospheric Administration (NOAA) reports America is currently is undergoing its longest period in recorded history with less than 40 percent of the country experiencing “very dry” conditions. Also, the United States in 2017 – and then again in 2019 – registered its smallest percentage of land area experiencing drought.

In recent months, Climate Realism has repeatedly debunked claims that the western United States is in the midst of a mega-drought. See, for example, here, here, and here.

Because drought is the primary climate component that would affect wildfires, it is not surprising to find real-world data show the number of wildfires and acres burned have declined over the past 70 years.

As reported in Climate at a Glance: Wildfires, long-term data from the U.S. National Interagency Fire Center (NIFC) show wildfires have dramatically declined in number and severity in recent decades. Reporting data on U.S. wildfires from as far back as 1926, NIFC documents that the number of acres annually burned recently is only1/4th to 1/5th of the annual acres burned in the 1930s.

It has been more than a century since California experienced wildfires of the magnitude it has suffered in 2020. But research published in  the journal Forest Ecology and Management reported that prior to European colonization in the 1800s, more than 4.4 million acres of California forest and shrub-land burned annually. And those huge wildfires came when the earth was cooler than today.

Data from NOAA also falsified the Post’s claims that California’s nighttime temperatures have increased dramatically and that moisture has declined.

If not climate change, then what is responsible for the size and intensity of the wildfires in California and other western states this year? The answer can be found in the headline of a recent NBC story, “Decades of mismanagement led to choked forests — now it’s time to clear them out, fire experts say.” Active forest management declined after Ronald Reagan’s presidency, when environmentalists’ demands that nature be allowed to take its course began to dominate forest management plans.

The results of nearly 40 years of mismanagement are coming home to roost in the form of large, intense wildfires.

“Fires have always been part of our ecosystem,” Mike Rogers, a former Angeles National Forest supervisor and board member of the National Association of Forest Service Retirees told NBC news. “Forest management is a lot like gardening. You have to keep the forest open and thin.”

Indeed, the wildfires burning in the U.S. West in the past few years are more appropriately labeled, “Greenie Fires, Not Climate Fires,” as James Taylor wrote in a recent Climate Realism article discussing the issue.

As Taylor notes, “The reason why wildfires in the U.S. West, and especially in Pacific Coast states, are becoming more severe in recent years is because federal, state, and local governments have followed environmental extremists’ demands that we no longer actively manage our forests. Proactive forest management requires thinning of forests, prescriptive burns, thinning of underbrush, and removal of dead trees that serve as super-fuel for forest fires. Environmental extremists have largely blocked these activities during the past 30 in the U.S. West, leading to explosive wildfire conditions that defy global trends.”

The data are clear, the western United States are not in the midst of a mega-drought, nor is it more arid now than historically. And temperatures are only modestly higher now than they were in the late 19th century. Humans are partly to blame for the intense, large wildfires the United States has experienced in recent years, but not because we are causing dangerous climate change. Instead, the fault lies with federal and state governments unwisely ceasing to actively manage fuel loads, even as more and more people have moved into areas historically prone to wildfires.

No, Climate Change Is Not Threatening Superfund Sites, Toxic Releases