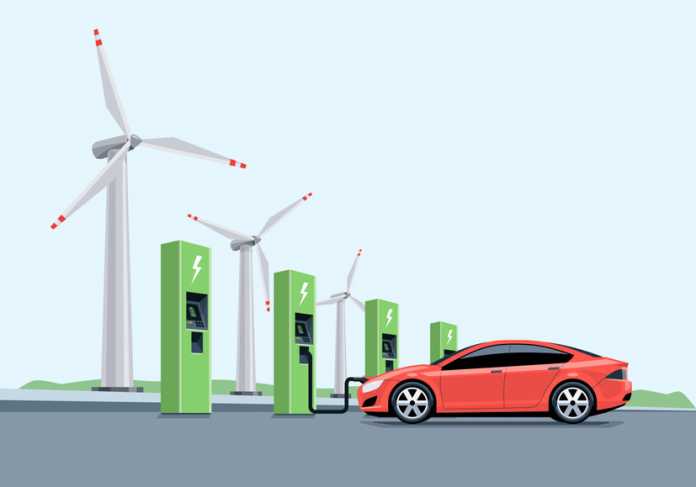 Testimony delivered before the House Select Committee on the Climate Crisis in June by Robert Bryce, a visiting fellow at the Foundation for Research on Equal Opportunity, raised a warning on the potential hazards of electrifying transportation and the regressive costs of continued federal subsidization of the sale of electric vehicles (EVs).

“Electrifying parts of our transportation system may result in incremental reductions in greenhouse gas emissions,” Bryce argued. “But a look at history, as well as an analysis of the supply-chain issues involved in manufacturing EVs, the resource intensity of batteries, and the increasingly fragile state of our electric grid – which is being destabilized by bad policy at the state and national levels – shows that a headlong drive to convert our transportation systems to run on ‘green’ electricity could cost taxpayers untold billions of dollars, increase greenhouse gas emissions, be bad for societal resilience, make the U.S. more dependent on commodity markets dominated by China, make us less able to respond to extreme weather events or attacks on our infrastructure, and impose regressive taxes on low and middle-income Americans in the form of higher electricity prices.”

“EVs … impose … societal costs that are likely to exacerbate inequality and lead to more energy poverty,” Bryce continued. “Those costs include taxpayer-funded subsidies given to EV buyers, publicly funded charging stations, and the grid upgrades that will be needed to support the electrification of light and heavy-duty vehicles. Those costs will impose a significant cost burden on low and middle-income consumers, even though those consumers are unlikely to purchase EVs.”

Bryce also pointed out a 2016 study published in the NBER-sponsored journal Tax Policy and the Economy that found 90 percent of the federal EV tax credits went to households with incomes “in excess of $75,000.” A 2018 study by the Pacific Research Institute found 79 percent of electric vehicle plug-in tax credits were claimed by households with adjusted gross incomes greater than $100,000.

While Bryce believes electrifying the transportation system may result in “incremental reductions” in greenhouse gas emissions, according to a 2018 study from the Manhattan Institute, the broad-based adoption of zero-emission vehicles (ZEVs) will likely only increase pollution and environmental costs. “Based on data from the U.S. Energy Information Administration (EIA),” the study notes, “increased reliance on ZEVs will increase overall emissions of sulfur dioxide, oxides of nitrogen, and particulates, compared with the same number of new internal combustion vehicles, even after accounting for emissions from petroleum refineries.”

Furthermore, a Manhattan Institute study finds there is effectively no economic value to the potential carbon dioxide (CO2) emission reductions of ZEVs. “Although new ZEVs will reduce CO2 emissions compared with new internal combustion vehicles, the overall reduction will be less than 1% of total forecast energy-related U.S. CO2 emissions through 2050,” the study continues. “That reduction will have no measurable impact on world climate and thus no economic value.”

“Even if, by 2050, all internal combustion vehicles were replaced by ZEVs,” the study concludes, “the resulting reduction in CO2 emissions would be less than 500 million tons per year. This is less than half the estimated annual impact of the U.S. Environmental Protection Agency’s now-moribund Clean Power Plan, which itself would have had no impact on world climate.”

Once again to Bryce’s point, the exorbitant cost of federal and state subsidies for ZEVs and their charging infrastructure is also highlighted in this Manhattan Institute study. In California alone, costs are estimated to exceed $100 billion, which will primarily be funded by low-income and middle-class families. Ironically, these families are unlikely to own ZEVs due to their high costs. In the end, mostly wealthy Golden State residents are benefitting from the taxpayer subsidies.

Bryce continued his testimony by declaring “our nuclear (and coal-fired power plants) are being prematurely shuttered at the same time that powerful lobby groups are pushing for the electrification of transportation. They are doing so at the same time our electric grid is becoming less reliable and more dependent on renewables and power plants that depend on the delivery of just-in-time natural gas. This shift in the electric generation mix is not enhancing societal resilience, it is undermining it. Adding large amounts of new transportation-related load to the electric grid will further undermine our resilience.” Adding to this, Bryce noted the “mass adoption of EVs will make the U.S. transportation sector more dependent on commodities like copper, cobalt, lithium, manganese, and rare earth elements. That fact presents a national security challenge because the markets for many of those critical minerals are dominated by China.”

“Congressional leaders must also be wary of adding yet more demand on an electricity grid that is being fragilized by increasing reliance on intermittent renewables and just-in-time delivery of natural gas,” Bryce continued. “Attempting to electrify transportation will not … ‘solve the climate crisis.’ Instead, it could result in the waste of many billions of dollars on technologies and infrastructure that consumers don’t use or don’t want to buy while making our transportation network more dependent on commodities controlled by China.”

“Before allocating billions of dollars on infrastructure and more subsidies for EVs,” Bryce concludes, “policymakers must have frank and transparent discussions about how efforts to decarbonize transportation will impact low and middle-income Americans, many of whom are already struggling to pay their energy bills. Higher energy costs are a form of regressive taxation. At a time when policymakers are grappling with inequality and social justice issues, they must be careful not to impose regressive policies that will exacerbate inequality.”

Why Does Boston Buy Natural Gas from Russia?

Tentative Thumbs Up for the Congressional Republicans’ Energy Plan