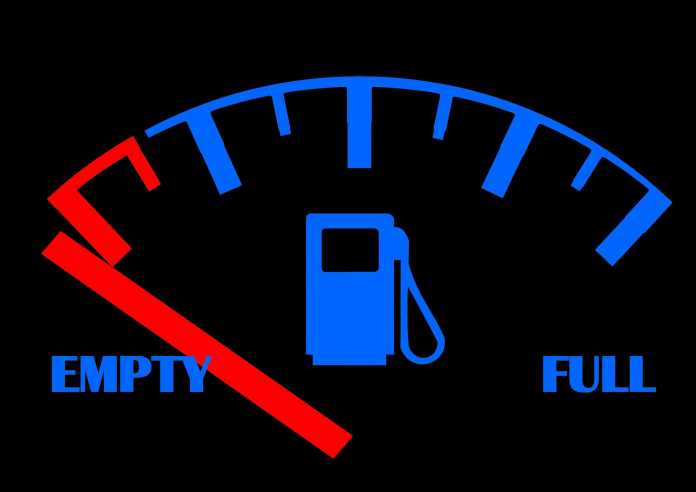 A new report from the Consumer Energy Alliance (CEA) argues shutdown of Enbridge’s Line 5 crude oil and natural gas liquids pipeline would possibly result in $23.7 billion in higher fuel costs for families and businesses in Indiana, Michigan, Ohio, and Pennsylvania over the next five years.

Line 5 traverses from a western terminus in Superior, Wisconsin through Michigan to an eastern one in Sarnia, Ontario. There are currently efforts underway by Michigan Governor Gretchen Whitmer to shut down the pipeline due to concerns about a leak in the pipeline in a four-mile stretch that passes under the Straits of Mackinac, even though the pipeline has been leak-free since it was put into operation in 1953.

The report, Enbridge Line 5 Shutdown: Impacts on Transportation Fuel Prices, estimates the closure of Line 5 would result in a regional fuel price spike of between 9.47 and 11.66 percent, and that this increase is “independent of any other market conditions, such as the surge in fuel prices observed over the past 12 months that are tied to international oil markets and logistical challenges caused by the [COVID-19] pandemic.”

“The jump in transportation fuel prices will not be borne evenly across all consumer groups,” the analysis notes. “But given current macro-economic trends, most of these higher costs will likely be passed on to households. Based on research into broader energy price inflation, these cost increases will further push up food prices, especially for beef, pork, and corn. We estimate combined grocery and restaurant prices will rise an additional 0.2% to 0.3% on top of any other inflationary pressures in the economy.” In the longer term, rising transportation fuel prices will have negative impacts on regional economic competitiveness, particularly in manufacturing and related logistics services. These energy cost increases will lower economic growth rates, especially in Michigan and Ohio, for years to come. Households are already enduring the highest rate of inflation in 40 years with real wages and earnings declining over the past year. Adding further injury by enacting policies that will directly result in higher energy costs and the loss of thousands of regional jobs makes little economic sense. The closure of Line 5 would be the wrong action at the wrong time.”

A previous analysis done by CEA in 2021 found a Line 5 shutdown would see Indiana, Michigan, Ohio, and Pennsylvania lose $20.8 billion in lost economic activity and a $8.3 billion reduction in Gross State Product, as well as $265.7 million in lost state tax revenue. Further, closing Line 5 would lead to over 33,700 lost jobs in those four states and $2.36 billion in forgone labor earnings.

“In the longer term,” the 2022 report concludes, “rising transportation fuel prices will have negative impacts on regional economic competitiveness, particularly in manufacturing and related logistics services. These energy cost increases will lower economic growth rates, especially in Michigan and Ohio, for years to come. Households are already enduring the highest rate of inflation in 40 years with real wages and earnings declining over the past year. Adding further injury by enacting policies that will directly result in higher energy costs and the loss of thousands of regional jobs makes little economic sense. The closure of Line 5 would be the wrong action at the wrong time.”

Instead of trying to shut them down, legislators in the Midwest should work to insure infrastructure such as pipelines continues to grow meet ever-increasing demand for fossil fuels. Making sure the necessary pipeline mileage get built to keep up with this demand, or at the very least stays stationary, is a must to help make sure families in the Midwest, and across the United States, can take advantage of the economic benefits these pipelines provide.

Enbridge Line 5 Shutdown: Impacts on Transportation Fuel Prices
https://consumerenergyalliance.org/cms/wp-content/uploads/2022/02/CEA-Line-5-Shutdown-Impacts-on-Transportation-Fuel.pdf
This report from the Consumer Energy Alliance finds an unnecessary and premature shutdown of the Enbridge Line 5 pipeline would lead to over $23 billion in higher fuel costs for families and businesses in Indiana, Michigan, Ohio, and Pennsylvania.

The Regional Economic and Fiscal Impacts of an Enbridge Line 5 Shutdown
https://consumerenergyalliance.org/cms/wp-content/uploads/2021/05/CEA_LINE5_REPORT_2021_DIGITAL_FINAL.pdf
This report from the Consumer Energy Alliance argues an unnecessary and premature shutdown of the Line 5 pipeline risks at least 33,000 jobs and a minimum of $20.8 billion in economic losses to consumers in Indiana, Michigan, Ohio, and Pennsylvania.

What If…Hydraulic Fracturing Were Banned? (2020 Edition)
https://www.globalenergyinstitute.org/sites/default/files/2019-12/hf_ban_report_final.pdf
This study from the Global Energy Institute at the U.S. Chamber of Commerce says a ban on fracking in the United States would be catastrophic for our economy. Their analysis shows that if such a ban were imposed in 2021, by 2025 it would eliminate 19 million jobs and reduce U.S. Gross Domestic Product by $7.1 trillion. Tax revenue at the local, state, and federal levels would decline by nearly a combined $1.9 trillion. Natural gas prices would leap by 324 percent, causing household energy bills to more than quadruple. By 2025, motorists would pay twice as much at the pump for gasoline as oil prices spike to $130 per barrel, while less domestic energy production would also mean less energy security.

What If … Pipelines Aren’t Built in the Northeast?
https://www.heartland.org/publications-resources/publications/what-if–pipelines-arent-built-in-the-northeast
This study is the fifth in a series of studies produced by the U.S. Chamber of Commerce’s Institute for 21st Century Energy. It examines what continued opposition to new pipeline infrastructure projects in the Northeast would mean for the residents and businesses of those states. This opposition could lead to the loss of greater than 78,000 jobs, $7.6 billion in GDP, and $4.4 billion in labor income in the region by 2020.

America’s Progress at Risk: An Economic Analysis of a Ban on Fracking and Federal Leasing for Natural Gas and Oil Development
https://www.api.org/~/media/Files/Oil-and-Natural-Gas/Hydraulic-Fracturing/2020/fracking-ban-study-americas-progress-at-risk.pdf
The study from the American Petroleum Institute (conducted by economic modeling firm OnLocation)  warns that banning federal leasing and fracking on public and private lands, which some presidential candidates have proposed, would cost up to 7.5 million American jobs in 2022 alone, lead to a cumulative GDP loss of $7.1 trillion by 2030, slash household incomes by $5,400 annually, increase household energy costs by more than $600 per year and reduce farm incomes by 43 percent due to higher energy costs. If a ban is enacted, the U.S. would flip from being a net exporter of oil and petroleum products to importing more than 40 percent of supplies by 2030.

The U.S. Leads the World in Clean Air: The Case for Environmental Optimism
https://files.texaspolicy.com/uploads/2018/11/27165514/2018-11-RR-US-Leads-the-World-in-Clean-Air-ACEE-White.pdf
This paper from the Texas Public Policy Foundation examines how the United States achieved robust economic growth while dramatically reducing emissions of air pollutants. The paper states that these achievements should be celebrated as a public policy success story, but instead the prevailing narrative among political and environmental leaders is one of environmental decline that can only be reversed with a more stringent regulatory approach. Instead, the paper urges for the data to be considered and applied to the narrative.

Legislating Energy Poverty: A Case Study of How California’s and New York’s Climate Change Policies Are Increasing Energy Costs and Hurting the Economy
https://www.pacificresearch.org/wp-content/uploads/2018/12/LegislatingEnergy_F_Web.pdf
This analysis from Wayne Winegarden of the Pacific Research Institute shows the big government approach to fighting climate change taken by California and New York hits working class and minority communities the hardest. The paper reviews the impact of global warming policies adopted in California and New York, such as unrealistic renewable energy goals, strict low carbon fuel standards, and costly subsidies for buying higher-priced electric cars and installing solar panels. The report finds that, collectively, these expensive and burdensome policies are dramatically increasing the energy burdens of their respective state residents.

Climate Change Reconsidered II: Fossil Fuels – Summary for Policymakers
https://www.heartland.org/publications-resources/publications/climate-change-reconsidered-ii-fossil-fuels—summary-for-policymakers
In this fifth volume of the Climate Change Reconsidered series, 117 scientists, economists, and other experts assess the costs and benefits of the use of fossil fuels by reviewing scientific and economic literature on organic chemistry, climate science, public health, economic history, human security, and theoretical studies based on integrated assessment models (IAMs) and cost-benefit analysis (CBA).

The Social Benefits of Fossil Fuels
https://www.heartland.org/publications-resources/publications/the-social-benefits-of-fossil-fuels
This Heartland Policy Brief by Joseph Bast and Peter Ferrara documents the many benefits from the historic and still ongoing use of fossil fuels. Fossil fuels are lifting billions of people out of poverty, reducing all the negative effects of poverty on human health, and vastly improving human well-being and safety by powering labor-saving and life-protecting technologies, such as air conditioning, modern medicine, and cars and trucks. They are dramatically increasing the quantity of food humans produce and improving the reliability of the food supply, directly benefiting human health. Further, fossil fuel emissions are possibly contributing to a “Greening of the Earth,” benefiting all the plants and wildlife on the planet.

Nothing in this Research & Commentary is intended to influence the passage of legislation, and it does not necessarily represent the views of The Heartland Institute. For further information on this subject, visit Environment & Climate News, The Heartland Institute’s website, and PolicyBot, Heartland’s free online research database.