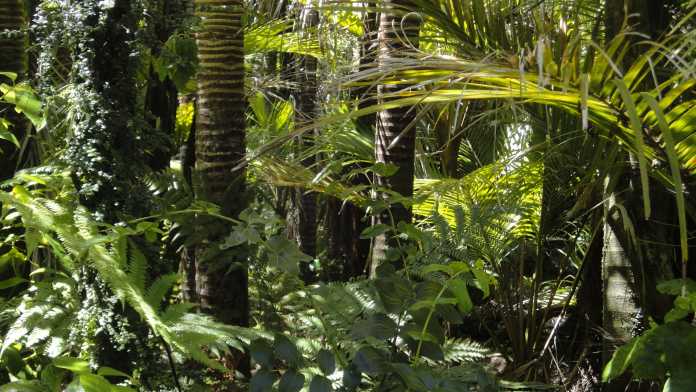 Yahoo News recently published an article claiming the Amazon rain forest is nearing the point of no return; that climate change is pushing the region to the brink of total collapse. This is false; an unsupported assertion lacking data to back it up.

The article, titled “Amazon rainforest is reaching climate change ‘tipping point’: Study,” is written by senior editor Ben Adler. Adler says a new study indicates there is potential for permanent damage to the rainforest due to climate change.

The Amazon rainforest is reaching a critical “tipping point,” according to researchers, beyond which it may no longer be able to recover from events such as droughts and wildfires. The result, a new analysis of satellite data shows, would be permanent loss of much of the rainforest, with devastating consequences for climate change and biodiversity.

The claim that the Amazon rainforest will disappear or turn into a different biotope in a matter of decades has been made before. Citing hard data, Climate Realism has already debunked this claim once before.

A cornerstone of the study Adler covers is the idea that a warmer climate dries out vegetation by increasing evaporation.

“Warmer temperatures, leading to increased water evaporation that dries out vegetation, has made its trees more vulnerable to droughts and wildfires.” Adler said.

However, drier conditions are not actually occurring in much of the Amazon as the earth modestly warms. Indeed, the only areas that are significantly drying are those that have been deforested. Because internal conditions in the Amazon help produce its own climate conditions, including its persistent rainfall, only areas that have been denuded have experienced declining rainfall. In those areas, unfortunately, no longer having the jungle cover to absorb and mitigate the rainfall, when rains occur, flooding is more frequent.

Even with that factored in, recent data shows rainfall has actually increased during the wet season for large portions of the Amazon basin.

Not only that, satellite data from NASA show most of the Amazon rainforest, like forested areas around the globe, is experiencing increased vegetation cover. Satellites show that the Amazon is greening over time, not diminishing. (See the image from NASA below)

NASA even goes so far as to explain that rising carbon dioxide levels are acting as fertilizer to drive this growth.

Every year, about half of the 10 billion tons of carbon emitted into the atmosphere from human activities remains temporarily stored, in about equal parts, in the oceans and plants. “While our study did not address the connection between greening and carbon storage in plants, other studies have reported an increasing carbon sink on land since the 1980s, which is entirely consistent with the idea of a greening Earth,” said co-author Shilong Piao of the College of Urban and Environmental Sciences at Peking University.

According to the report, much of the recent damage done to parts of the Amazon are partially due to changes made to the land by human activity.

“Over the last three decades, the increased frequency and intensity of heavy rainfall events have often resulted in intense soil run-off, flash flooding and landslides, due in part to an increase in environmental degradation.”

The culprit for degradation is poorly managed and often illegal logging, leading to large areas of deforestation, in part by miners, ranchers, and poor farmers, for palm oil plantations, and sugarcane for ethanol, pushing cattle rangeland further into the rainforest zones.

Sadly, Adler failed to do a fact check, instead relying on the word of researchers who should know better than to rely on flawed climate models predictions of future disaster. An examination of real-world data and historic records would have shown Adler that, with decent forest management and healthy conservation practices, the Amazon Rainforest will be fine.