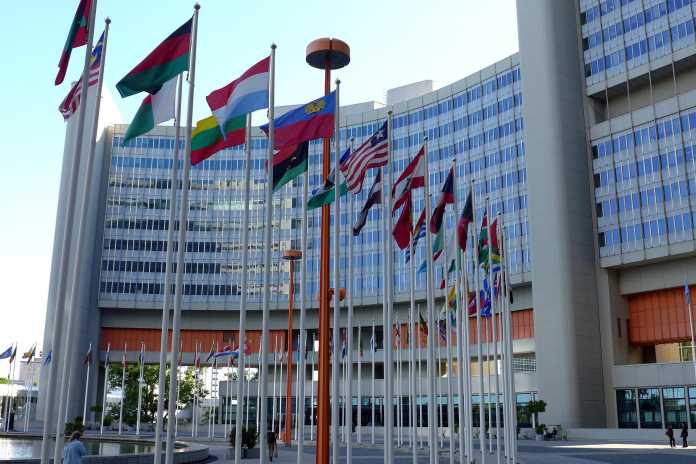 A Bloomberg News story reports U.N. Secretary General Antonio Guterres has called on developed countries to transfer green technologies to developing countries because rich nations have caused catastrophic climate change, imposing costs on poorer nations. Whatever the merits of Guterres call for a large scale technology transfer from rich countries to poor, his assertions that it is justified by worsening climate conditions are false.

“We will see many more millions of climate refugees as severe weather events increase in frequency and severity, and with sea level rising every year we will see more and more coastal regions being overcome,” Shaun Fitzgerald, director of Cambridge’s Centre for Climate Repair, told Bloomberg News, responding to Guterres’ call for action.

Sea levels are rising, as they naturally do during interglacial periods. The extent to which any of the recent increase in sea levels are due to climate change is very much an open question. As explored in Climate Realism here and here, for example, the present rate of sea level rise is not historically unusual. Global sea level has been rising at a relatively steady pace of approximately one foot per century since at least the mid-1800s. As explored in Climate Realism, here, the purported recent increase in the rate of sea level rise is a result of a bad mixing of two different data sets. No increased rate of rise has been consistently measured at the global network of coastal tide gauges.

The claim about ozone is just a climate alarmist effort to “throw everything against the wall, and see what sticks.” No real-world evidence ties supposed human climate change to the misnamed “hole,” in the ozone layer. A thinning of ozone layer in an area of Antarctica appears seasonally. Starting in the late 1970s scientists noted atmospheric ozone began to decline globally, with a dramatic thinning or “hole” first being recorded by satellites over Antarctica in 1985.

Some research tied the ozone thinning to the use and venting of a class of chemicals (chlorofluorocarbons or CFCs) developed as coolants, refrigerants, and solvents. The chemicals were banned and began to be phased out under the 1987 Montreal Protocol. Since that time the ozone layer has waxed and waned, but in general has seen a slow, fairly steady increase. Contrary to the claim made by Guterres, copious amounts of peer reviewed research show that the ozone layer has begun to repair itself, even as the earth has warmed modestly. Indeed, in late 2019 NASA announced the Antarctic ozone hole was the smallest that had ever been recorded since 1985.

Guterres implies that climate change has worsened storms, flooding, and drought, leading to forced migrations of millions of people. Both his claims about weather changes and reasons for migration are refuted by data and research. As explored in Climate at a Glance: Hurricanes, Climate at a Glance: Tornadoes, Climate at a Glance: Drought, and Climate at a Glance: Floods data does not support the claim that any one of these types of extreme weather events have increased in number or intensity, during the period of modest warming, much less that all of them have. The U.N. Intergovernmental Panel on Climate Change’s (IPCC) most recent Sixth Assessment Report concurs. It finds no evidence either that these weather events have become more frequent or more severe or that any changes in patterns of flooding, hurricanes or tornados can be attributed to human fossil fuel use.

One can debate whether transferring low carbon dioxide emitting technologies free of charge to developing countries is justified and will best raise them out of poverty, or whether it would be better for those countries to gain access to cheap, reliable fossil fuel power to raise their peoples’ standards living. Regardless, such a transfer cannot be justified on the climate change grounds cited by Guterres. Had Bloomberg News pursued balanced, honest journalism when reporting on Guterres claims, it would have disclosed the fact that he was wrong on every point.