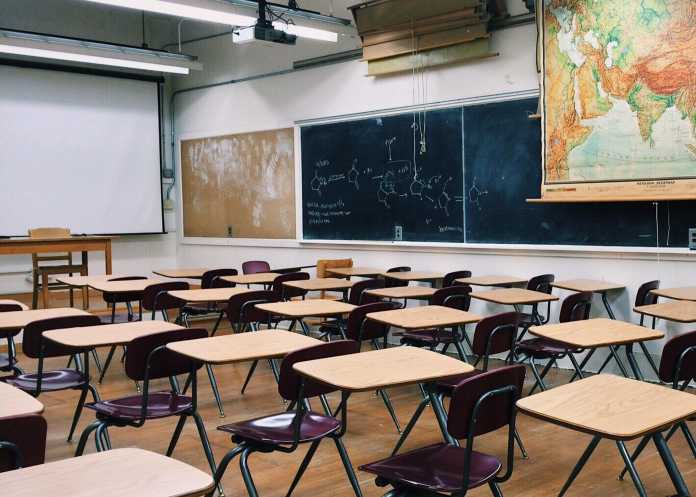 A Huffington Post article suggests that the need for updated air conditioning systems in Philadelphia, Baltimore, and other Northeastern schools is because of climate change. This is a misleading  and inaccurate connection to make, as aging city schools often need substantial updates, regardless of climate change.

The article itself barely mentions climate change in any substantial way, focusing rightly on the greater issue of inner-city schools in the Northeast badly needing updates to their aging buildings.

On Tuesday, all Philadelphia public schools were ordered to dismiss students early due to heat.

Philadelphia schools weren’t the only ones affected. Baltimore city public schools also dismissed students early on Tuesday because of air conditioning issues or lack of those systems altogether, according to The Baltimore Sun.

There is ample evidence to suggest that the degree of warming in places like Baltimore and Philadelphia may be influenced more by urbanization than anything else. Areas with greater population density show higher rates of warming than lower populated areas nearby, as discussed in a Climate Realism post by meteorologist Anthony Watts in “New Analysis Shows Population Density Is Corrupting U.S. Temperature Record.”

Coverage of the issue in The Baltimore Sun, here, really puts the nail in the coffin of the climate change narrative, explaining that the poorer schools suffer more lost days during the winter when they need extra heating. That journalist writes, “City school students lose more days of instruction due to lack of heating than lack of cooling, the system’s air conditioning plan noted.”

This statement tracks with what we know about deaths related to weather. Climate Realism has previously pointed out that cold is the real killer when it comes to temperature related deaths, here, here, and here, for example. Data show that cold temperatures cause ten times as many fatalities as hot, shown in the figure below.

City schools in the Northeastern Unites States may well be suffering from lost school days because their buildings have insufficient HVAC systems, along with a slew of other issues that come along with aging structures. These problems can only be resolved with targeted funding for the repairs, which The Baltimore Sun says is hard to come by.

Air conditioning is one of several capital improvement concerns facing Baltimore City public schools. The updated installation plan noted Tuesday that the system “does not have sufficient funds to address these needs or even to perform necessary basic and preventative maintenance with the frequency recommended under industry standards, including to critical mechanical, plumbing, electrical and security systems.”

In addition, as seen in the figure below, when tracking the maximum temperatures in the United States using the most accurate and state-of-the-art Climate Reference Network, operated by NOAA, there does not appear to be any increase in maximum temperatures since 2005. Therefore, the best data suggests there isn’t any component of climate change creating more “heat waves” in the United States.

This is clearly not an issue of “climate change,” but rather one of poorly funded city schools that badly need repaired and replaced HVAC systems. This is lack of climate attribution is acknowledged very subtly by the HuffPo article’s focus on the real issue in the body of the piece, but the outlet still attempts to get “green points” by referencing climate change in the title.