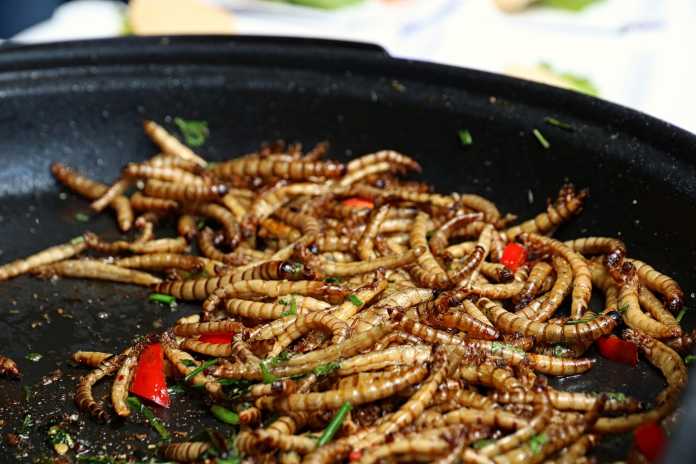 A recent article in The Epoch Times discusses the fact that Australian schools are putting insect powder in children’s chips to encourage more “eco-friendly” eating habits in their populace. Although eating insects may be necessary for some people in the world and an “adventurous” eating experiment among fashionable, climate woke elitists, there is no justification for forcing it on the general public, and there may be some danger to it.

Australian school children have been offered chips dusted with a cricket protein made by the edible bug company Circle Harvest.

The company says the products are helping the planet address man-made climate change.

The Western Sydney company began selling its insect chips to 1,000 schools this year and expects to increase this number sixfold before mid-2023.

The Epoch Times rightly points out some of the health related reasons why people in wealthier countries may want to abstain from the practice, writing:

Western consumers are particularly concerned about food safety, such as the microbiological and chemical health risks of eating insects.

These hazards include allergens, pesticide residues, mycotoxins, heavy metals, pathogenic microorganisms, and parasites, amongst others.

In countries where malnutrition and hunger are a larger problem, like in China, Thailand, Zambia, and other developing nations, insects are eaten and some are considered delicacies. This is partially due to local culture, and is a testament to the willingness of human beings to survive and make the best of what is available to them. However, as The Epoch Times points out, studies on allergic reactions related to food consumption found that “18 percent of fatal reactions to foods in China were a result of consuming insects, while nearly 8 percent of insect consumers in Laos exhibited allergic reactions.”

The Epoch Times documents the fact that food safety organizations in Australia are also concerned about the introduction of insects into people’s diets.

Food Standards Australia New Zealand (FSANZ) said that Australia doesn’t have regulations on insects like the US.

“There are no specific limits for insects in foods; however, the presence of foreign objects such as insects may render food unsuitable,” the FSANZ spokesperson told the Epoch Times. “The Code specifies that food businesses take all necessary steps to prevent the likelihood of food becoming contaminated, such as keeping food processing areas and equipment clean, well maintained and free of pests.”

The push for more bug-eating in the West isn’t new, climate activists have pitched it for years as a lifestyle change people should make to fight climate change by supplanting meat eating. Climate alarmists seem to have a strangely fetishistic obsession with promoting the idea of westerners eating bugs.

This is a topic Climate Realism has not yet given much attention to, except briefly here and here, and it is time to set the record straight.

Arthropods (insects, spiders, crabs, etc.) make up the bulk of animal biomass on the planet. The livestock they are supposed to replace represent only a tenth of that mass. Alarmists often claim that the roughly 80 million tons of methane emitted annually from cows represent an unacceptable climate risk, meanwhile termites alone are estimated to emit around 20 million tons of methane per year.

If one believes that methane emissions are contributing to climate change, raising extra insects for human consumption in factory-scale farming operations, (and yes termites are included in that mix, so says LiveScience,) seems unlikely to yield much, if any, benefit on the emissions side.

In reality, livestock do not have anywhere near the climate impact that alarmists claim. Climate at a Glance: Livestock and Methane, shows that cattle account for 2 percent of U.S. greenhouse gas emissions, and livestock production overall accounts for less than 4 percent. So, switching to bug-eating isn’t going to have much—if any—impact on methane emissions.

As discussed multiple times on Climate Realism, such as here, here, and here, agriculture is improving and increasing yields of major food crops around the world. Thankfully, world hunger decreased substantially over the decades, in part due to increased crop yields from growing carbon dioxide levels in the atmosphere. Stunted growth associated with long term malnutrition is also declining worldwide, again thanks to improved agricultural technology and increased food yields.  Undernourishment, according to data from Our World in Data, is also declining. (See figure below) 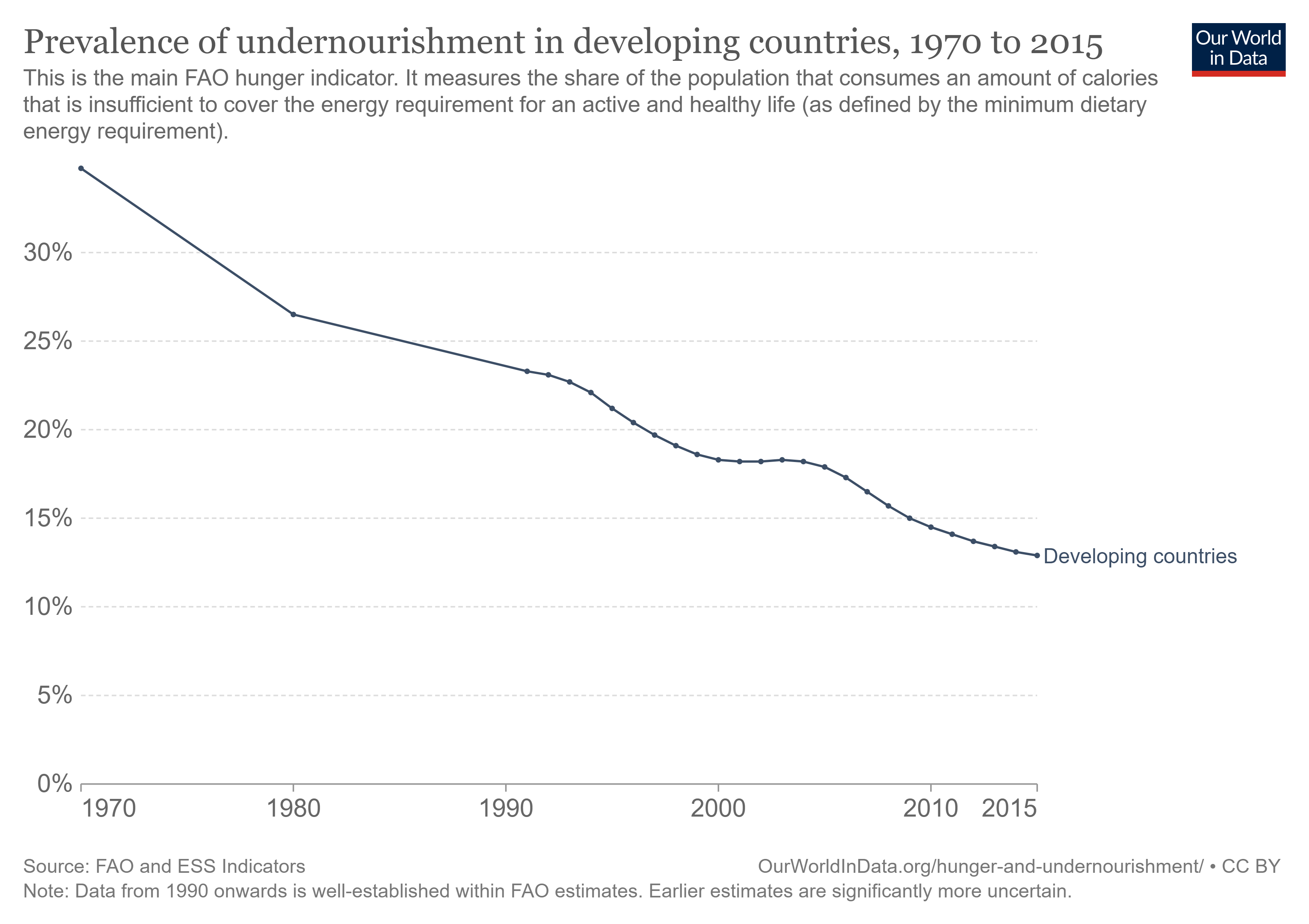 For billions of people eating bugs is a necessity, not a choice. A little escargot never hurt anyone. But, there is no logical reason for the West as a whole to turn to a food source that has historically been one used as a last resort in cases of extreme hunger. Instead, we should focus our efforts on improving agricultural yields and economic growth, both of which benefit from the use of fossil fuels, so the poor in developed and developing nations alike are lifted out of poverty and can enjoy the benefits of eating protein dense food like meat and a wide variety of nutritious vegetables. Then, if and when people do eat bugs, it is done by choice, to make a statement, as a lark, or as an adventure in gastronomic variety, rather than necessity.