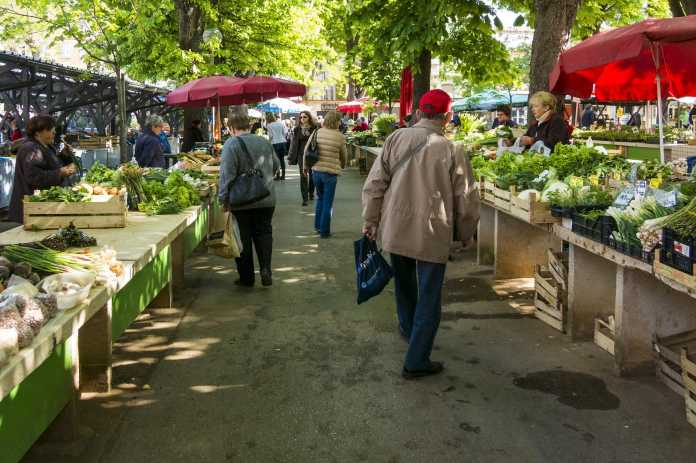 A search of Google news today turned up a story by Boston’s NPR affiliate, WBUR, that explains “eating local”, meaning moving to the increased consumption of locally grown food, at best has a limited impact on carbon dioxide emissions, and may even increase them. This fact undermines claims commonly made by climate scolds that growing one’s own or purchasing only locally grown food is a good way to fight climate change.

Barbara Moran, who researched and wrote the WBUR story, “Cooked: Does eating local really reduce your impact on climate change?,” was self-admittedly surprised to find the answer to that question is, in many instances, NO. Moran writes:

[M]ost of us don’t know where our food comes from, so we don’t understand its effect on the climate.

Aha, you say — let’s cut down those food miles! And it makes sense: food trucked 30 miles has a smaller carbon footprint than food trucked 3,000. Turns out, however, food miles don’t matter as much as we thought. Transportation accounts for only about 11% of a food’s emissions in the U.S. (emphasis Moran’s)

“A lot of people have the idea that buying local food is the thing to do for climate, but it’s actually not the case. The data don’t bear that out,” said Tamar Haspel, a Washington Post food and science columnist, who details her Cape Cod food-growing experiences in the book “To Boldly Grow.” “Getting a food from far away where it can be grown efficiently almost always does have a lower climate impact than getting something from your local farmer.”

This was not the message I wanted to hear, by the way. So, when [Tim Griffin, director of the Agriculture, Food and Environment Program at Tufts University] first told me this, I basically threw a tantrum and demanded proof.

Tufts researchers provided said proof. The only food product discussed in the article that produced a net decline in carbon dioxide emissions by being produced locally was maple syrup and honey used as sweeteners in the place of cane or beet sugar. Even then, the article contained a caveat, that the world does not produce enough honey and maple syrup to replace “the huge amount of refined sugar that Americans eat, there’s no way honey and maple syrup could scale up to meet demand.”

Moran goes on to list a number reasons, other than to reduce greenhouse gas emissions, that one might still want to substitute food grown locally for food produced thousands of miles away when one can. But her big take away is that the distance food travels to get to peoples’ plates, from the perspective of having a climate impact, matters less than how the food is produced and how it was transported.

Economists have been saying the same thing for years, but their research has largely been ignored because it didn’t fit the “organic, local, smaller is better,” narrative espoused by those using the cause of fighting climate change to control peoples choices. Climate Realism has discussed why switching to something like all organic farming will do more harm than good, here and here for instance.

Many climate alarmists, and their corporate media sycophants, are more concerned about resetting the economy to one driven not by individual choices in the market, but by government bureaucrats, than to truly preventing the planet from changing—an impossible task regardless. WBUR and Moran should be congratulated for following the evidence and publishing the truth.