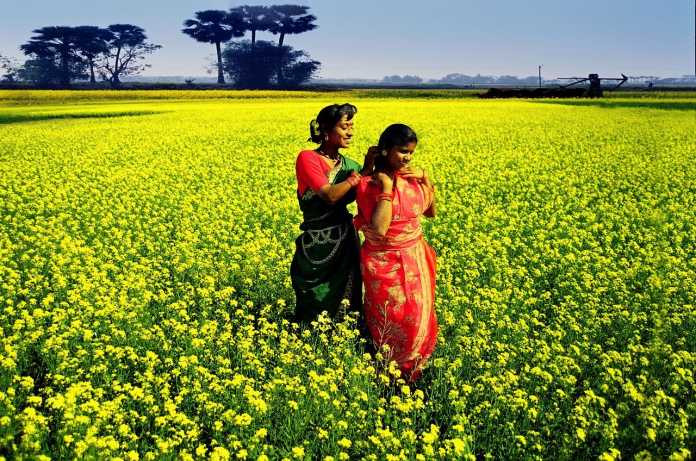 BBC News published an article Friday claiming climate change is ruining Bangladeshi rice farms, making crop lands desolate. The heart-wrenching article chronicles a young British man’s return to the Bangladeshi countryside where he grew up on his family’s rice farm as a boy. The article chronicles tears, frustration, and despair as the young man’s family reflect on how climate change has ruined rice production on their farm and throughout the country. However, objective crop data show Bangladesh is enjoying a golden age of rice production, with rice production nearly tripling since 1980. Perhaps the young Bangladeshi man’s family is simply bad at farming rice. Or, more likely, perhaps BBC is making up stories to sell its fictitious climate crisis.

The article is titled, “Bangladesh at 50: Why climate change could destroy my ancestral home.” The premise of the article is the story of Qasa Alom and his recent journey with his family back to Bangladesh. Early in the article, it becomes clear that the premise is merely an excuse for BBC News to sell climate alarmism.

Alom writes that as a child, Bangladesh “was a giant playground, full of joy, wonder and mischief. But, that magic had started to wear off as a teen.” The reason, of course, is climate change.

Alom writes, “According to my father, ‘Everything is falling into ruin. It’s all going to pieces, nobody is living there and it’s just becoming desolate.’

“I am now ready to help my father preserve our home,” Alom concludes. “But there is something else to think about, and it’s a far greater threat than neglect and apathy: climate change.”

The problem with Alom’s and BBC News’ narrative is that Bangladeshi farm lands are not falling into ruin. Objective data show Bangladeshi total rice production, as well as yields per hectare, have dramatically increased in recent years.

The figure below was published by TheGlobalEconomy.com, using United Nations Food and Agriculture Organization data charting Bangladeshi cereal (rice, corn, wheat) yields per hectare since 1961, in kilograms. The data show Bangladeshi crop yields have doubled since 1990 and nearly tripled since 1980. 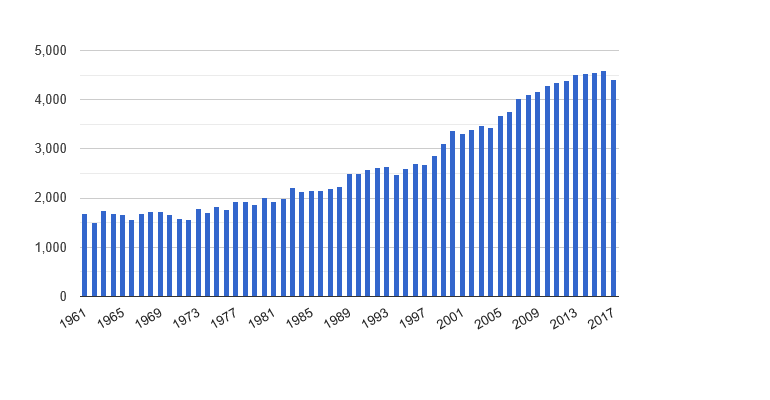 Neither Alom nor BBC News present any objective data to support their assertion that global warming is turning rice farms into ruin in Bangladesh. Now we know why – there isn’t any supporting data.

Perhaps Alom’s family are simply poor farmers, finding a way to turn productive cropland into ruin despite the rest of Bangladesh enjoying a golden age for rice production. Or, more likely, perhaps Alom and BBC News are telling tall tales to sell a fictitious climate crisis.

U. of Nebraska Touts Ag and Climate Talk – Will It...