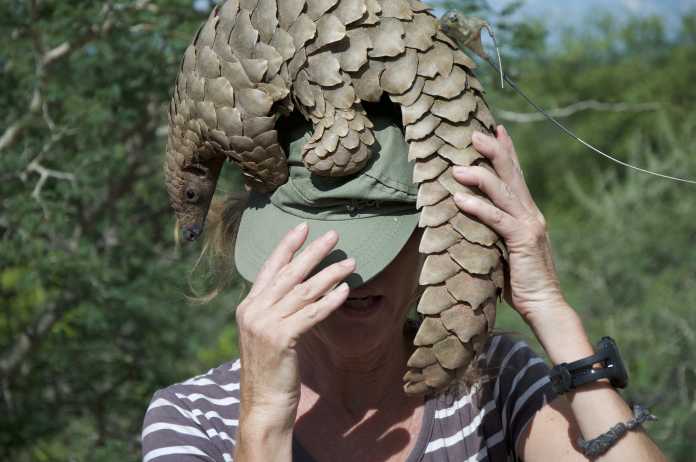 The AZ Central article, “Why scientists say slowing climate change could help prevent another pandemic,” has a somewhat misleading title. While it is implied that the content is largely about climate change, it ends up getting only brief mention. Most space in the piece is devoted to an assessment of factors which might realistic scenarios lead to increased chances for animal to human disease transmission, such as animal trafficking and deforestation.

The piece begins by explaining how pangolins once were suspected of being the vector for the spread of COVID-19, explaining that although now the armored mammals are no longer believed to be carriers, “the influences of climate change that made them a suspect are still at large.”

This throwaway line about climate change is followed by a reasonable argument that wildlife trafficking is a major potential source of disease outbreaks.

The author explains that in exotic animal trafficking, different kinds of animals are transported “to other parts of the world in close quarters with other species, creating the conditions where pathogens can be passed to new hosts and beyond.”

Data exists to support this claim. Recent disease outbreaks like Bird Flu have been traced to exotic animal “wet markets” in China and other places in the developing world, where large numbers of animals are tightly packed in small enclosures as the article describes. This places exotic species near each other that otherwise may never have been in contact, and then puts them into further risky interaction with human populations.

One solution to this, the article explains, has been presented by an interdisciplinary group of public health experts advocating for preventative funding rather than spending trillions on disease management after the outbreak.

The author writes: “The money, they say, should be used in four main ways: to stop deforestation, regulate the wildlife trade, improve care of livestock and elevate the health and economic security of impoverished humans.”

All reasonable suggestions, but AZ Central couldn’t stop there. Instead, it attributed at least some of the cross-species disease transmission to climate change. AZ Central cited a Nature article in which researchers allegedly “spell out how climate change is pushing animals out of now-inhospitable habitats and into new regions and situations.” This is not true, however.

The Nature article does assert that animals may be pushed into new regions due to climate change, but they provide no evidence to back this claim.  Instead, the way they “spell out” the connection is to cite computer simulations of predicted outcomes. No real evidence or data is provided to back the claim. As repeatedly explored on Climate Realism, here and here, for example, climate models are fundamentally flawed. In addition, the climate models were not constructed to be used to make projections about disease transmission or patterns. Using faulty models for purposes they were not designed for to make predictions about the future is not good science. Rather it is a prime instance of Garbage In, Garbage Out.

If indeed these illnesses are being spread by wet markets and deforestation pushing animal and human populations into closer contact, trying to mitigate these activities makes sense. Other preventative measures like expediting economic growth and reducing and hunger and energy poverty, in the developing world, and improving public health systems globally, can also help.

As explained by Climate Realism previously, here, when the focus is placed on climate change instead of the other more germane and direct causes, the solutions proposed for defeating disease transmission will actually make things worse. This includes building more wind and solar installations, which necessitate huge swaths of land, including forests, being cleared for these projects, and reducing the use of fossil fuels, which underpin and expedite economic growth where their use has become common.

Indeed, as explored on Climate Realism, here, here, and here, for example, global warming is unlikely to contribute to pandemics arising more frequently. Rather, history indicates modest warming should inhibit the spread of transmissible diseases most likely to become pandemics.

Transmissible diseases like the flu and the coronavirus are far more prevalent and deadly during the late-fall, winter, and early spring, when the weather is cold and damp, rather than in the summer months when it is warm and dry. That is the primary reason that flu season runs from fall through early spring, and then peters out. Similarly, colds are called colds because they are less common in the summer, as well.

Pandemics have occurred throughout human history, long before the internal combustion engine was ever developed. For instance, historically, we know that the Black Plague arose and ran rampant in Europe and elsewhere during the Little Ice Age. That plague is believed to have been spread by flea-infested rats arriving on ships from Asia. Just as it was foolish to blame the Black Plague on witchcraft, as many did at the time, it is also foolish to blame man-caused climate change for modern pandemic outbreaks. Evidence for such a link is lacking.