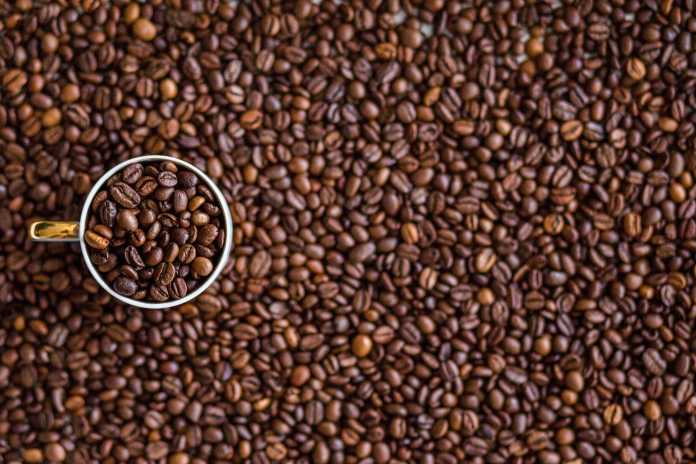 The Washington Post (WP) published a story suggesting coffee growers will have to diversify the varieties of coffee they cultivate if they wish to survive, because climate change is reducing the production of the two dominant coffee strains; arabica and robusta. The story is misleading at best and wrong at worst. Although it may be a good idea for growers to diversify the varieties of coffee they grow, to enhance flavor profiles, increase yields, or expand the range of climates in which coffee can thrive, for example, there is no evidence coffee production is being threatened by modest global warming.

One hundred twenty-four coffee species exist, but most coffee drinkers are only familiar with two: arabica and robusta. Arabica accounts for 60 percent of traded coffee annually, while robusta trails at 40 percent. … [F]or the coffee industry to adjust to a warming climate, farmers will need to grow multiple coffee species in addition to those commonly enjoyed today.

Climate change has already caused ripples in the coffee industry. Brazil, the supplier of a third of the world’s coffee, recently experienced its worst frost in at least 40 years, driving prices higher.

Garcia’s attempt to link a single instance of severe frost in Brazil is flawed for several reasons. First, as the Garcia herself notes, Brazil has experienced episodes of extreme frost as bad or worse than this year’s event in the past. Most recently more than 40 years ago when the Earth’s average temperature was cooler. No frost during 40 years of warming seems like a pretty good indicator warming is not causing freezes.

In addition, as Climate Realism pointed out only yesterday, crop production can vary wildly from year to year. As explained at Climate Realism, here and here, for example, climate change is measured in 30 year increments. One can only determine that the climate has changed if weather patterns and trends have significantly shifted over a 30 year period. Neither a single year’s weather incidences nor a single year’s crop production is evidence of climate change. Weather is not climate, and Garcia presents no evidence Brazil’s climate has changed significantly over the past 30 years.

Concerning unusual cold spells, the U.N. Intergovernmental Panel on Climate Change 6th Assessment Report says the agency has been unable to detect any increase in spells of extreme cold, hail, or winter storms that it can attribute to human caused climate change.

Over the past two years, Climate Realism has published approximately 30 posts debunking stories claiming climate change was causing a coffee crisis of some sort, ranging from false claims of declining yields and supplies, to insupportable claims that climate change is making coffee taste bad. What the Climate Realism’s research has shown is that globally, and in any region you might examine, from Africa to Asia to Central and South America, coffee production has increased substantially during the recent period of warming, regularly setting records. The WP discusses three countries in particular that are either among the top coffee producers or where coffee production and exports are significant economic driver: Brazil, Ethiopia, and Viet Nam. During the recent warming period from 1990 through 2020, data from the United Nations Food and Agriculture Organization show: (see the figure below)

*FAO data for Ethiopian coffee production only extends back to 1993. Data from 2021 is not yet available. 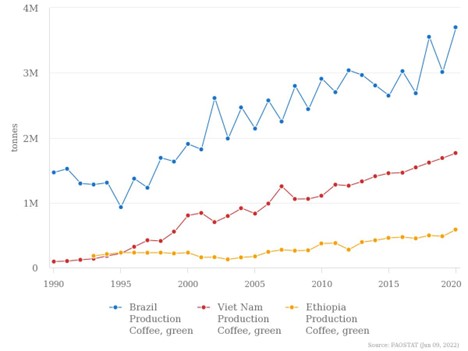 There may be many reasons for world’s coffee producers to explore growing coffee varieties beyond the big two, arabica and robusta. But if they do so, contrary to the impression left by the WP, it will be a choice. Climate Change is not forcing them to do so. The easily obtainable facts show coffee production is doing fine. The WP should check the data before promoting climate alarm. After all, some coffee drinkers are already jittery without being told tall tales about a looming coffee shortage.